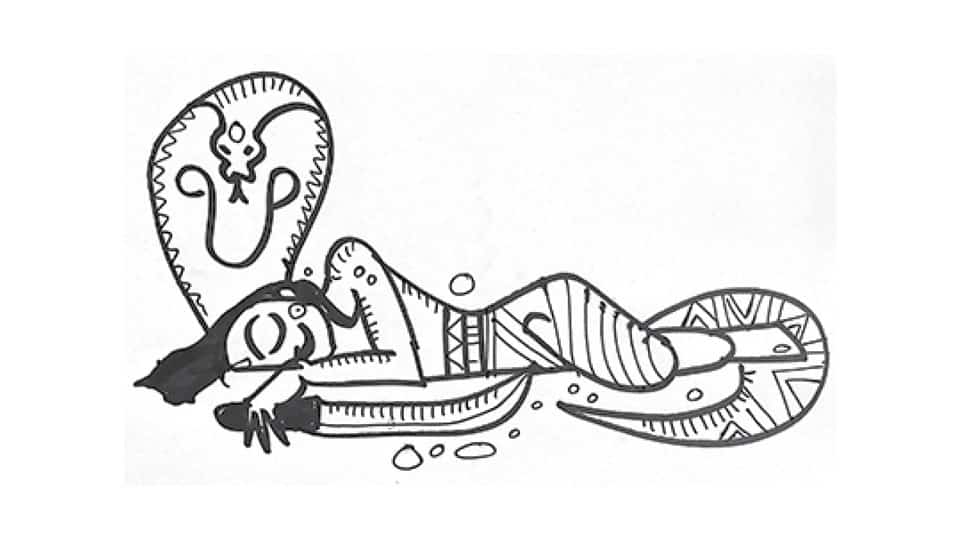 To be king, a man has to establish himself as belonging to a royal family. But what about the founder? How does he distinguish himself from the men he is supposed to rule over? How does he become a special man, a super human, with the power to command fellow humans?

In ancient India, an ambitious warlord needed to sponsor rituals by Brahmins. The successful completion of this ritual would mean he was favoured by the Gods. The rituals are described in the Yajur Veda and Brahman literature and include Agistoma, Agnicayana, Ashwamedha or Vajpayee and the Hiranyagarbha. But that was not enough. Brahmins turned into storytellers and spun narratives to establish the supernatural origin to affirm the kingliness of kings. These stories typically emerge a generation or two after the royal dynasty has been firmly established. For example, some kings were linked to the legendary Ikshavaku, son of Manu, the first king of humans, son of the Sun-God.

Others are linked to the Moon-God who marries the daughter of Manu, Ila. The royal bloodline is thus traced to the Gods. In the story of Shalivahan we are told how his father is the Lord of Serpents. As a child, he is seen riding lions and this establishes his claim to the Sathavahan throne — even though he is raised by potters.

The Malla kings of Bengal speak of a Rajput king and his wife making their way to Purushottam Kshetra, that is, Puri Jagannath Temple. The husband abandons the wife in the forest, as she is unable to walk. The woman gives birth alone and dies soon after. The child is found by a tribal man who raises it. A Brahmin finds the child to be extremely intelligent and decides to educate him. We learn that the local king dies. It is then that the royal elephant picks this child and places him on the royal throne, thus making him king. This story establishes the king’s royal status.

In the Deccan region, we learn of how cities and temples are built in places where the meek stand up to the mighty. There are stories of a hunter encountering a hare turning around to fight a hunting dog, or a lizard turning around to fight a royal hound or a serpent raising his hood to protect a pregnant frog. Here he encounters a Goddess. She promises him weapons and treasures, provided he builds a temple and organises fairs in her honour. That is why kings of India are closely linked with Goddess shrines — the Marathas were connected with Tuljapur Bhavani and Kolhapur Ambabai, Wadiyar kings of Mysore were linked to Chamundi and Vijayanagar kings were linked to Pampadevi.

In Western India there are stories of sages encountering men who are shaded from the sun, while sleeping by the hood of a serpent. The Chavda dynasty in Gujarat tells the story of a king’s son lying in the hammock. The tree’s shadow does not bend, so he is always in the shade. This makes him appear supernatural. In Rajput ballads we hear of the divine Blue Horse, which is actually a nymph, who serves her own son, and helps him on his adventures.

Such stories are not restricted to India. We also find them in other parts of the world too. For example, the founder of Rome, Romulus and his twin brother Remus, were raised by a she-wolf as per legend. Arthurian legends establish the legitimacy of Arthur by making him pull out a sword from a stone.

What this tells us is the importance of propaganda in the world of politics. Power is negotiated in this world not just by force, or by law, but by hegemony created by stories. A people can be subjugated violently and forced to do one’s bidding by threats and bribes. But a more powerful tool of controlling people is stories. Make them believe in the supernatural that makes them voluntarily submit to authority. A man will not bow to an equal. But he will bow to a superior, someone blessed by the Gods. And blessings of the Gods are established by ballads, popularised by bards, who are historians funded by the king.

READ ALSO  A Hinduism before Bhakti