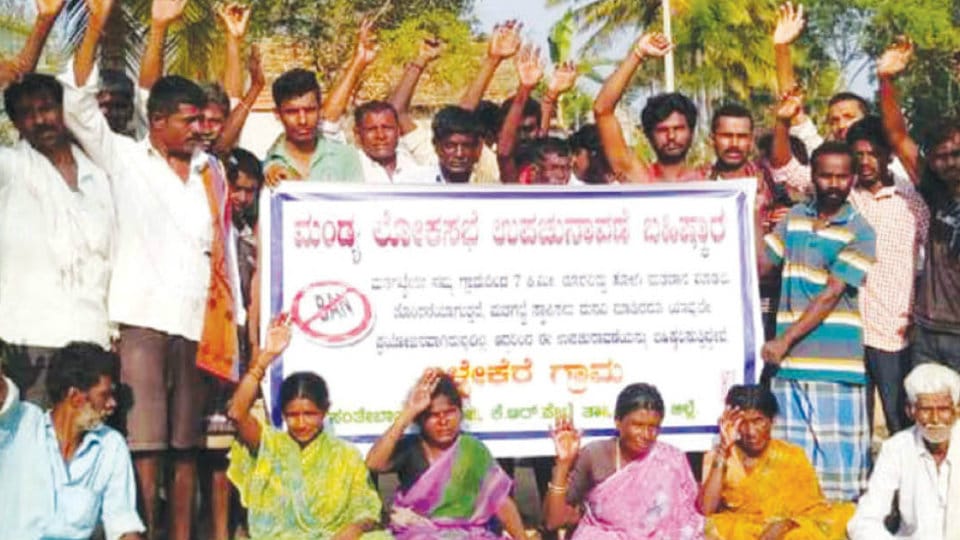 K.R. Pet: Residents of Ballekere in Santhebachahalli hobli of the taluk have warned boycotting the Lok Sabha polls scheduled on Apr.18 for Mandya LS seat if the authorities of the District Administration fail to set up a separate Polling Booth in their village and staged protest yesterday.

Hundreds of villagers blocked the main road of their village and shouted slogans against the District Administration for its failure to look into their demands.

They alleged that the then Tahsildar Chigari had promised to set up the Booth during the last Lok Sabha polls, but he failed to keep the promise.