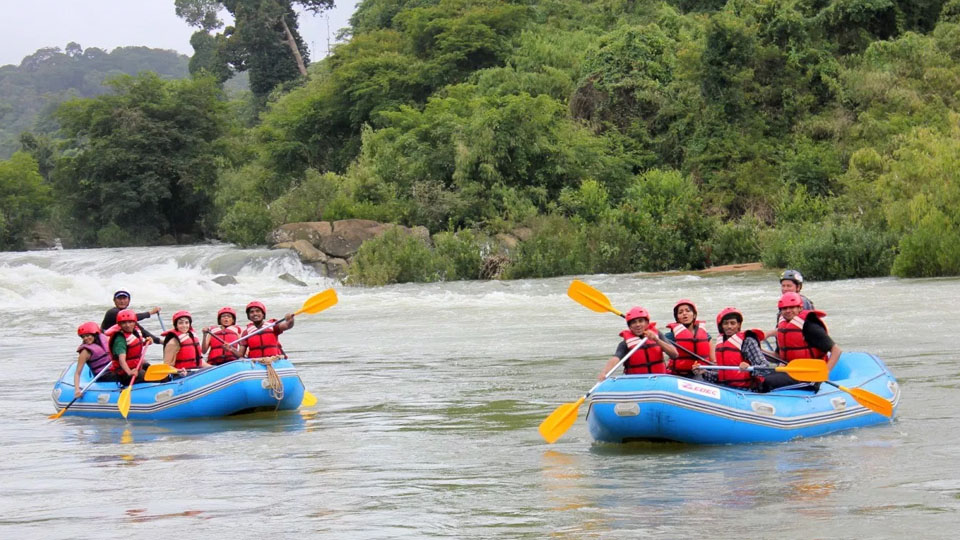 Ban on rafting in River Cauvery extended till April 28

Madikeri: Following increase in illegal river rafting business in various places of Cauvery River, Kodagu Deputy Commissioner (DC) P.I. Sreevidya has extended the ban on river rafting in Cauvery River and Cauvery basin and also in other places across Kodagu district till Apr.28.

The DC, who is also the District Magistrate, taking into consideration the safety of the public, has issued the order under Cr.PC 133 and has extended a complete ban on river rafting.

Following reports from authorities concerned that river rafting has been completely banned, the hearing of the case was taken up during which 30 respondents in the case who appeared before the DC, made a written submission along with supporting documents.

The documents were examined and it was found that the documents obtained from various departments were not in order and also Panchayat Development Officer (PDO) who appeared has not submitted his written statement and necessary documents. Even the PDOs of other places where river rafting business is going on remained absent for the hearing.

The DC, in his order, has stated that reports from the concerned department heads has to be obtained before pronouncing the verdict and keeping in view the safety of the public, the ban on river rafting business in Cauvery river in the district has been extended.