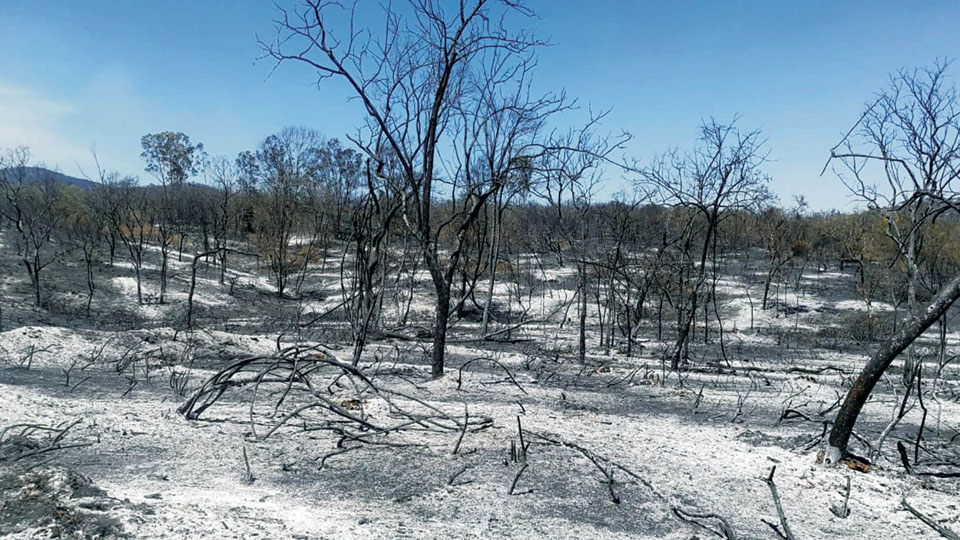 The CM also directed the officials to draw water from Nugu dam in Chamarajanagar district to douse the fire while ordering them to camp at the spot and use whatever means available to contain the fire.

The massive fire, which broke out in Bandipur Tiger Reserve last Thursday, a suspected act of sabotage by miscreants, continued to rage forcing authorities to stop the popular Bandipur forest safari till Mar. 3.

The decision to stop the safari was taken considering safety of tourists and unavailability of personnel and vehicles as they have been deployed to fight the forest fire. It is learnt that the temporary suspension of the safari may be extended if the fire is not extinguished by Mar.3.

While miscreants set off a forest fire in Bandipur, a fire also raged Chamundi Hill this noon.