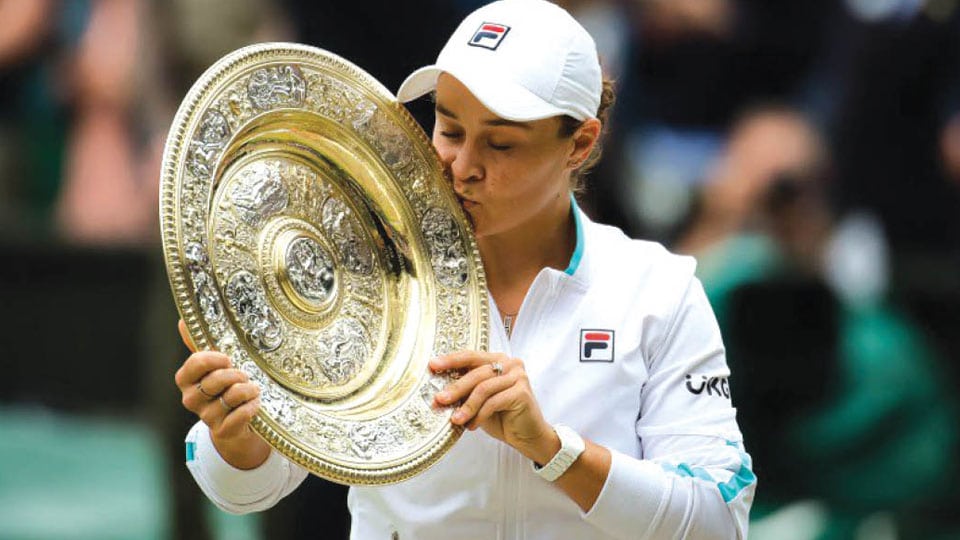 The 25-year-old Australian — who wore a specially-designed dress in tribute to Cawley’s iconic scallop one she sported in 1971 — adds the Wimbledon crown to her 2019 French Open title.

“It took me a long time to verbalise, to dare to dream it and say it,” said Barty, who was also fulfilling a childhood dream.

It was the first women’s Wimbledon final to go to three sets since 2012 when Serena Williams beat Poland’s Agnieszka Radwanska. Barty is also the first top seed to win the women’s title since Williams in 2016.

Defending champion Novak Djokovic was in ruthless form on Friday as he beat the hardworking Denis Shapovalov to reach this year’s Wimbledon final.

The World No. 1 progressed in straight sets — 7-6 (7-3) 7-5 7-5 — but the final result doesn’t reflect how well Shapovalov played in what was his first Grand Slam semifinal. Meanwhile, Djokovic was playing in his 41st Grand Slam semifinal and showed just how important experience and mentality is at this stage of the tournament.

He will now look to claim a record-equaling 20th major title in Sunday’s final, which would bring him alongside Rafael Nadal and Roger Federer for the most men’s Grand Slam titles.