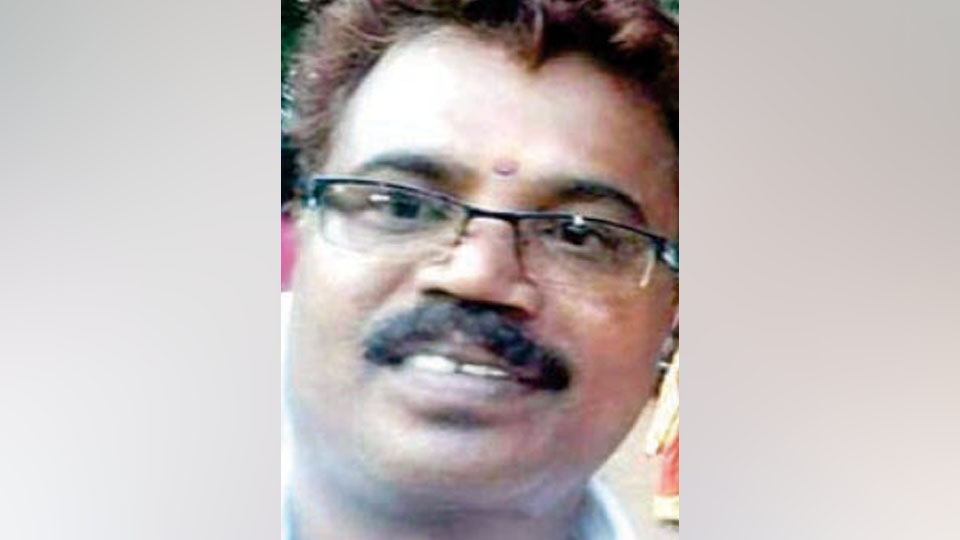 Bengaluru: The husband of a BBMP Corporator was brutally killed in broad daylight in the State capital yesterday.

Kadireshan (48), husband of BBMP Ward 138 BJP Corporator Rekha, is the one who was hacked to death.

Kadireshan was inspecting the cleaning works for Shivaratri celebrations at Muneshwara Temple in Anjanappa Garden in Chalavadi Palya (Ward No. 138) in Chamarajpet Assembly segment at about 4 pm, when the assailants fatally attacked him from behind with  machetes and daggers.

Kadireshan was facing several charges, according to the Police.

According to local residents, a group of youths used to frequent Anjanappa Garden to smoke Marijuana and Kadireshan had warned them against smoking near the Temple.

The victim’s brother Suresh has lodged a complaint with the Cottonpet Police naming two of the assailants as Vinay and Naveen, both residents of  Chalavadi Palya.