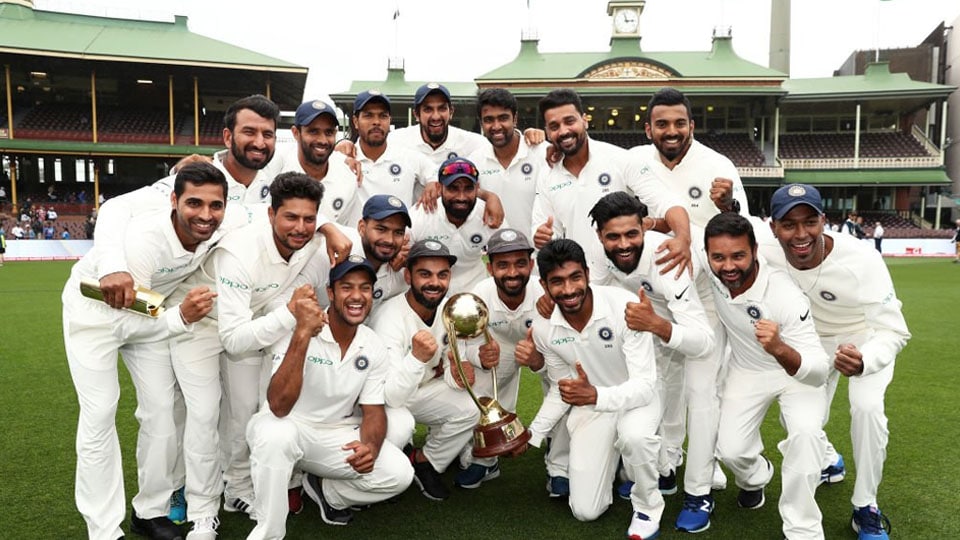 New Delhi: The Board of Control for Cricket in India (BCCI) on Tuesday congratulated the Indian cricket team for it’s first Test series triumph on Australian soil and announced cash rewards for the team members, the coaches and other support staff.

Team India drew the final Test in Sydney to clinch the four-match series 2-1 and script history. Virat Kohli’s team also became the first Asian side to win a Test series Down Under.

In a press release, the Indian cricket board said that the players will receive bonuses equivalent to the actual match-fee payable, which is Rs.15 lakh for members of the playing XI and Rs.7.5 lakh for the reserve players. The following cash rewards have been announced by BCCI after India’s historic series win: