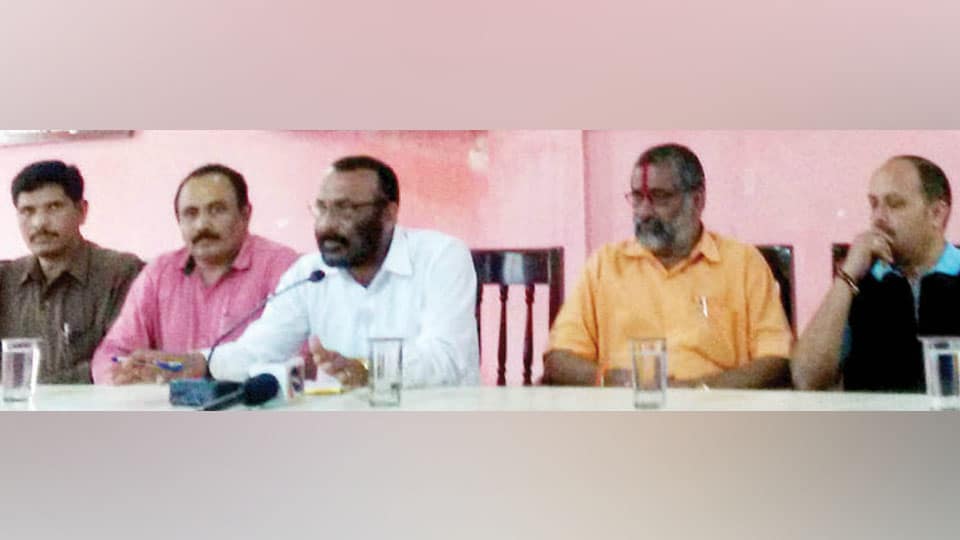 Madikeri: Kodagu BJP District Committee General Secretary Ravi Kushalappa said that the BJP will stage a protest in front of the DC’s office in Madikeri if the miscreants who placed bovine hooves at the premises of Nettumadu Bhagavathi Temple in Kakkabe are not arrested before Sept. 3.

Addressing reporters yesterday, he said illegal cow slaughter is being carried out in the district. “Miscreants, who have placed the bovine hooves, have hurt the sentiments of Hindus. Unfortunately, the government itself is protecting such miscreants. There is no political motive behind the protest,” he said and added that if the culprits are not arrested, they would be forced to call for Kodagu Bandh.

BJP leader Napanda Ravi Kalappa said that the protests would be intensified if the miscreants are not arrested.

In a separate press meet, Bajarang Dal district convener Ajith Kumar urged the government to banish the miscreants from the country. He said the incident at the temple is an attempt from “traitor” organisations to stir peace and harmony in the district.