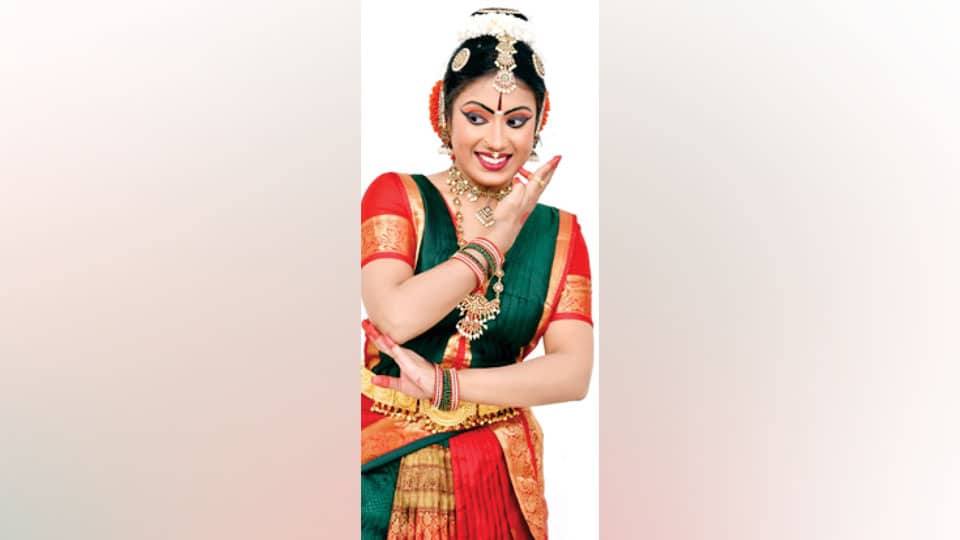 Mysuru:  Bharatanatyam Rangapravesha of Sinchana, disciple of Dr. Vasundhara Doraswamy, has been organised at Jaganmohan Palace auditorium in city tomorrow (Mar.9) at 5.30 pm, under the aegis of Vasundhara Performing Arts Centre (VPAC).

She will be accompanied by Guru Dr. Vasundhara Doraswamy on natuvanga, Vidu. Deepthi Srinath on vocal, Vid. Hanumantharaju on mridanga, Vid. Rakesh Sudhir on flute, Vid. Pradeshacharya on violin and Vid. Vinaykumar Rangadhol on rythm pad.

Profile: Sinchana is the daughter of T.S. Lokesh and R. Sahana. Art, aesthetics and academics were of keen interest to her right from her tender age. At the age of nine, she started her training under Dr. Vasundhara Doraswamy.

Sinchana’s sheer dedication to Bharatanatyam aided her to complete her Junior, Senior  and Vidwat examinations.

She has performed in Chiguru Sanje and Pallavotsava, a platform by VPAC. She has also performed with her Guru in dance ballets — Sampurna Ramayana (ISKCON), Omkarini, Vidyunmadanika (Dasara, 2017) and Panchamahabhutha.

Being part of the team, she has brought laurels to the institution by participating in the annual cultural fest of IIT  Guwahati (2018) and BITS Pilani, Goa (2018).