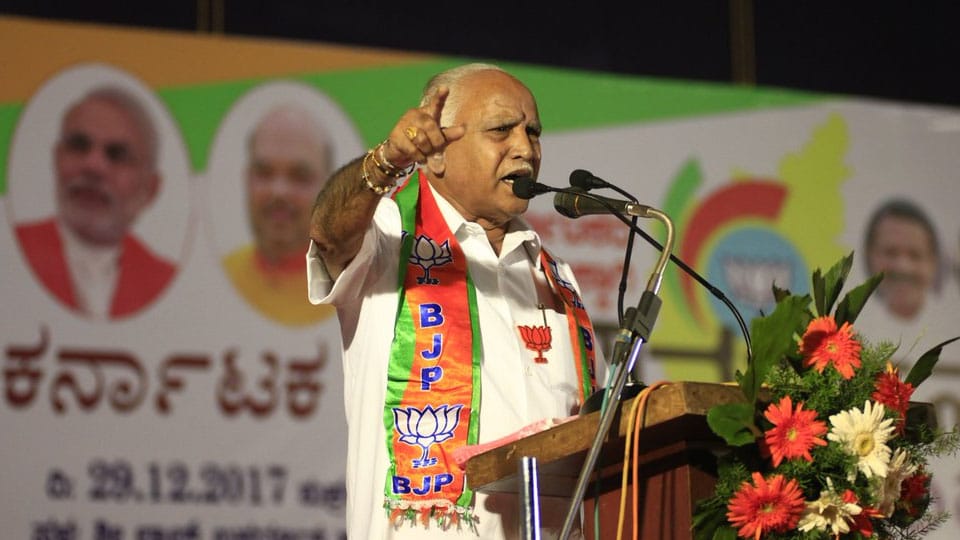 BJP Parivartana Rally in Mysuru from Jan. 22 to 25

Mysuru: The BJP Parivartana Rally which is being held in all districts of the State will be in Mysuru district from Jan. 22 to 25.

District BJP President Kote M. Shivanna said the rallies, as part of the poll campaign, will be held in all 11 assembly segments from Jan. 22 to 25. The campaign will begin with a massive public rally at H.D. Kote at 11am on Jan. 22 followed by rally in Nanjangud at 3 pm and in T. Narasipur at 5 pm.

After a break on Jan. 24, a massive rally will be held at Maharaja  College Ground in city at 3 pm on Jan. 25, covering all the four city assembly constituencies namely – Chamaraja, Krishnaraja, Narasimharaja and Chamundeswari, he said. Continuing, Shivanna said the BJP has listed corruption and failures of the congress Government headed by CM Siddharamaiah, which will be placed before the people.

Lasting out at CM Siddharamaiah for holding his ‘Sadhana Samaveshas’ out of government money maintained that the BJP’s Parivartana Rally is funded by local leaders and people who have contributed voluntarily. He further said that the rally in neighbouring Mandya district will take place on Jan. 19 & 20.