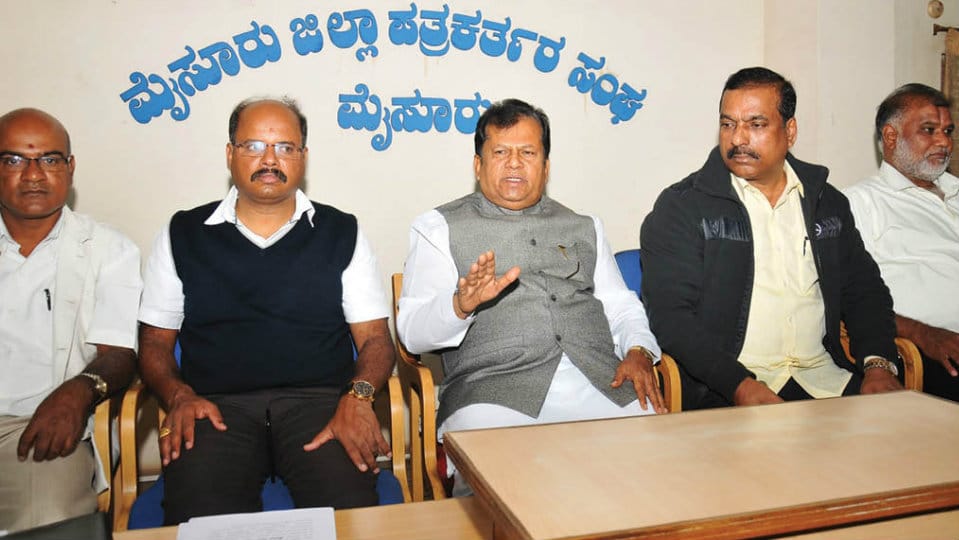 Mysuru: District BJP President M. Shivanna has said the party has set a target of enrolling two lakh new members in the district.

Pointing out that the party has intensified membership drive in all Assembly segments of the district, he said that the drive was launched in the district with the enrolment of over 150 pourakarmikas at Nanjangud.

Maintaining that over 40,000 people have enrolled with the party so far after the drive was launched last month, Shivanna asserted that the two lakh target set by the party will be met by the end of this month.

Noting that a ‘Pramukh’ has been appointed to oversee the enrolment drive in all the 2,124 booths coming under Assembly segments of Mysuru district, Shivanna said that as part of the drive, the party is taking up a sapling plantation drive simultaneously, during which five saplings will be planted in every booth.

He further said that those wanting to become BJP members can give a missed call to Mob: 89808-08080.

Shivanna also said that the party is currently focusing on Hunsur Assembly segment where there is a likelihood of a by-poll.

The party workers and members of the public who are interested in helping the flood victims can bring clothes, food grains and other essential articles to the party office at Sachin Rajendra Bhavan in Chamarajapuram.