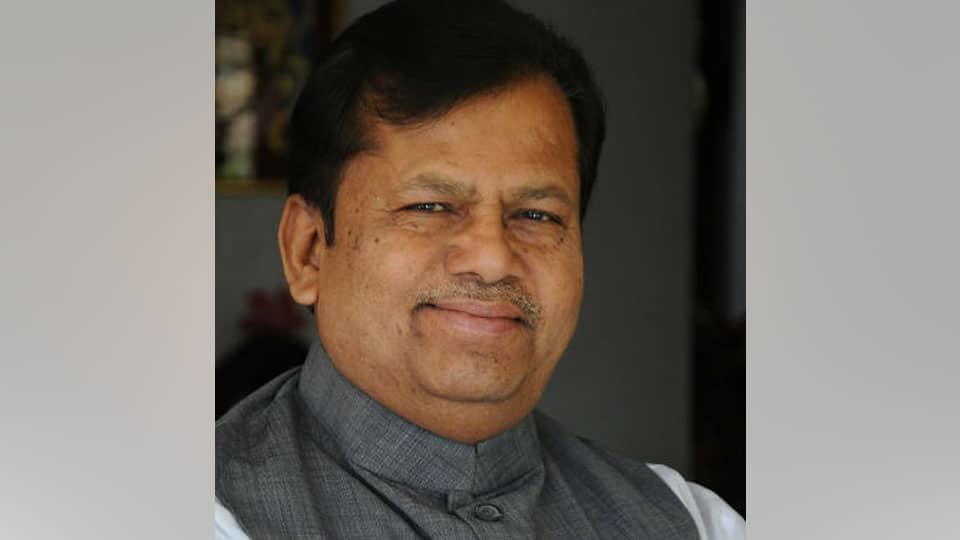 Mysuru: Strongly condemning the release of KRS Water to Tamil Nadu (TN), the BJP has warned of intensifying its agitation, if the State Government fails to stop release of Cauvery Water to TN.

Addressing a press meet at Pathrakarthara Bhavan here this morning, District BJP President M. Shivanna lashed out at the State Government for defending the release of water under the pretext of complying with the SC order.

Questioning the motive of the State Government behind the release of water, Shivanna said that Chief Minister Siddharamaiah should give top priority for water storage in dams.

Ridiculing the statement of Water Resource Minister M.B. Patil, defending the release of water citing the Supreme Court order, he said that the CM should take a firm stand against release of water and come to the rescue of our farmers.

Shivanna, citing his own experience as a Minister in S.M. Krishna Government, when the then Government had back-tracked after initial efforts of cloud seeding had failed, Shivanna asked the State Government to carefully study the previous experiences before launching cloud seeding.