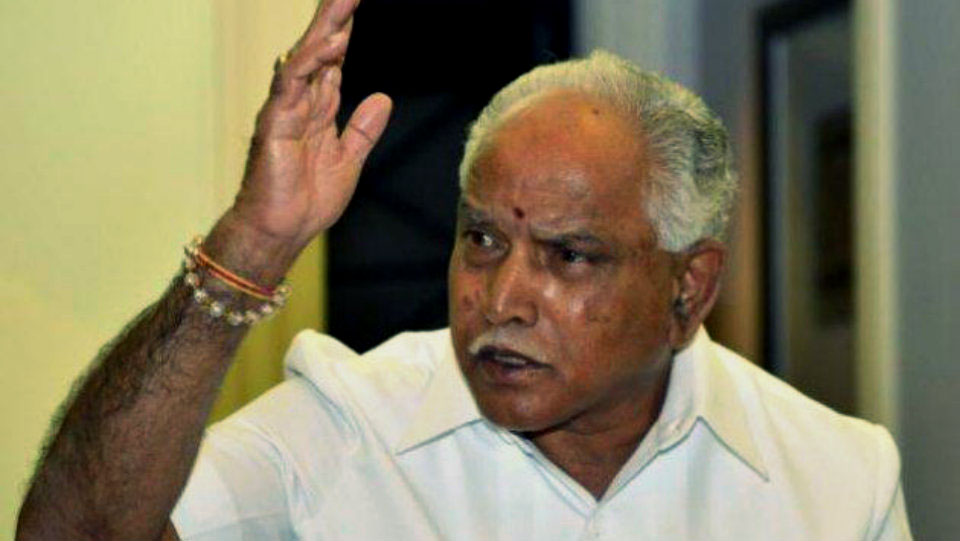 Mysuru – Maintaining that there was no change whatsoever in BJP’s pursuit of ‘Mission-150’ following the party’s defeat in Nanjangud and Gundlupet by-polls, State BJP President B.S. Yeddyurappa asserted that the Party would win the 2018 Assembly Polls and form the Government in the State.

Speaking to press persons here this morning en route to Gundlupet, Yeddyurappa said that the list of party candidates will be released only after BJP National President Amit Shah finalises the list.

Accusing the Siddharamaiah Government of misusing Government machinery in the just concluded by-polls, Yeddyurappa alleged that money and liquor were distributed by officials and the Police, who were hand in glove with Congress workers.

Claiming that ‘Annabhagya’ was indeed an initiative of PM Modi, he said that failure to sensitize the people on Union Governments schemes, was also one of the major reasons for the Party’s loss in by-polls.

Stating that the party had increased its vote share in the Nanjangud and Gundlupet by-polls, Yeddyurappa reiterated that the Party will secure more votes in the Assembly Polls and added that the 2018 polls will be a direct battle between the Congress and  BJP.