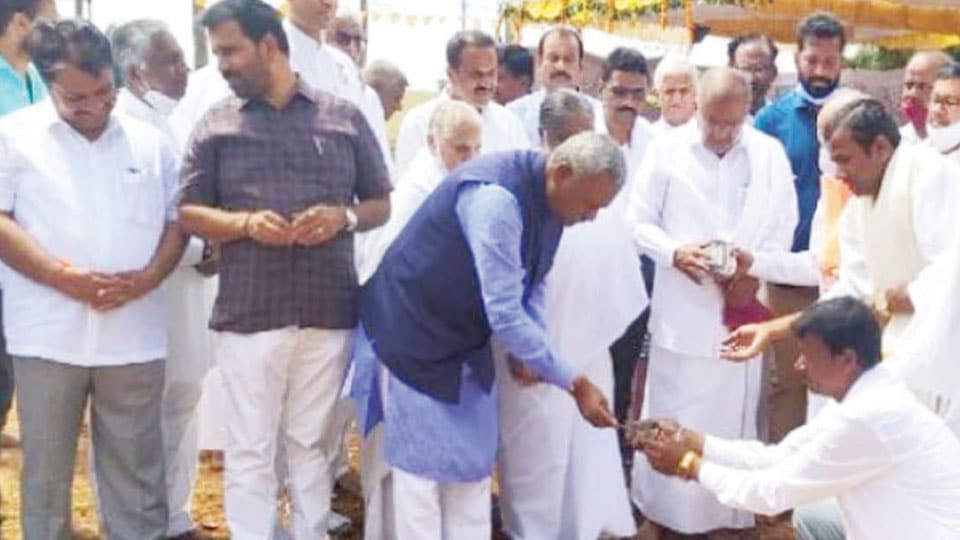 Mysore/Mysuru: Maintaining that people of the country are increasingly getting influenced by western culture and are turning away from our rich culture and heritage, District Minister S.T. Somashekar said that Prajapita Brahmakumaris Ishwariya Vishwa Vidyalaya is striving for conserving our culture and ethos in these modern times.

He was speaking after performing Bhoomi Puja for consecration of Mahashivaling and Erection of Rajyoga Museum at Gyan Sarovar Retreat Center at Lingadevarkoppal on Hunsur Road here yesterday.

Pointing out that the Vidyalaya is involved in various religious and spiritual activities throughout the year, Somashekar said that it is laudable to note that the Religious Institution is engaged in educating the public on the significance of Raksha Bandhan.

Noting that the Vidyalaya is also widely known for its many social activities, he complemented it for working for global peace without discriminating between caste, creed or religion.

Highlighting the spiritual propaganda of the Vidyalaya, he said that the establishment of  Mahashivaling and Rajyoga Museum is a good development and expressed the hope that they will be thrown open for the public soon.