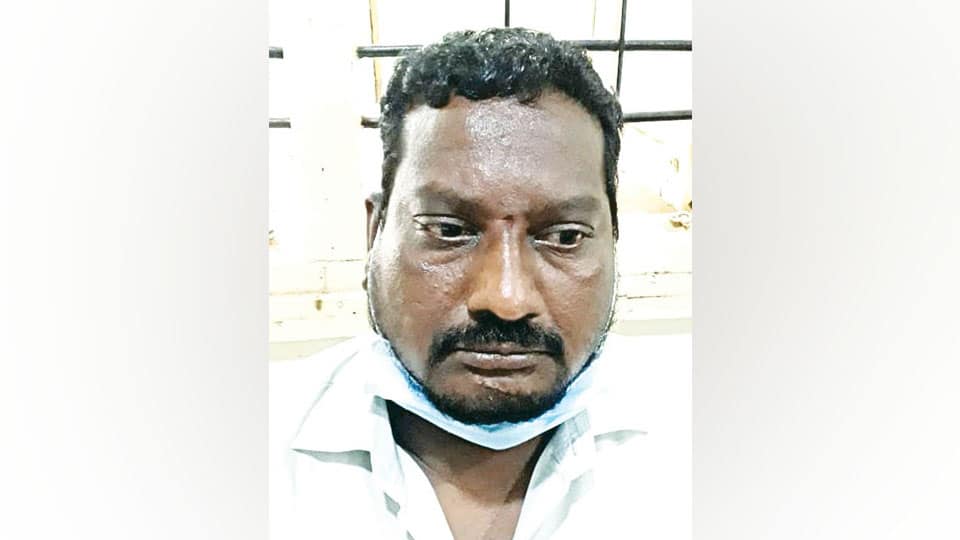 Mysore/Mysuru: Anti-Corruption Bureau (ACB) Police, have caught a Village Accountant (VA) red handed while he was accepting bribe from an 81-year-old man to issue khata for the agricultural land.

The VA who was caught is 49-year-old Manjunath, of Bannikuppe Gram Panchayat in Hunsur taluk. Bogachari, the 81-year-old resident of Madhugirikoppal in the taluk, had applied for the khata for his agricultural land and Manjunath had demanded Rs. 10,000 bribe to issue the same.

Manjunath, who had received Rs. 2,000 as advance began to demand for the balance amount from Bogachari, who then lodged a complaint at the ACB SP’s Office in city. The ACB Police, who had registered a case under the Prevention of Corruption Act, conducted a raid, when Manjunath was accepting Rs. 7,000 and caught him red handed.