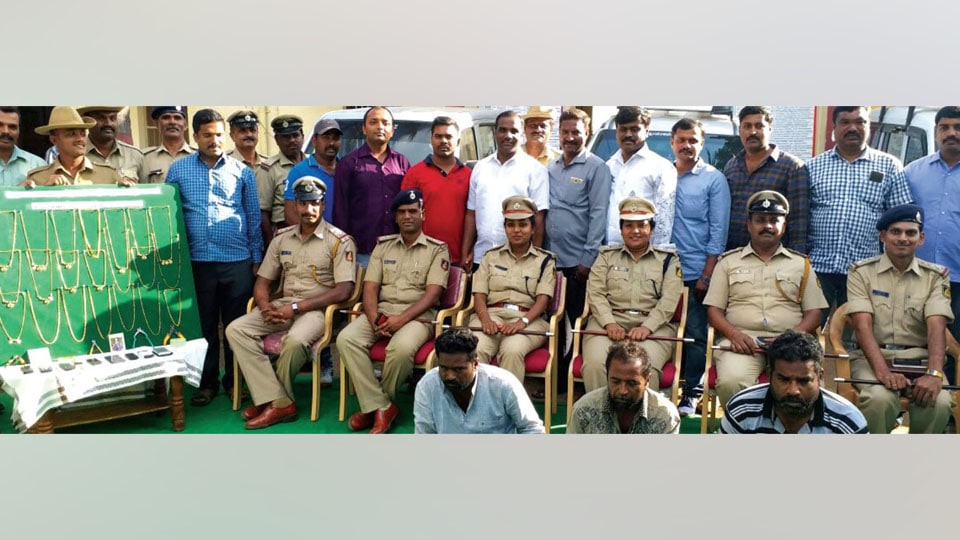 Malavalli: The Malavalli Police have busted a burglary gang with the arrest of 11 persons including four women.

Addressing a press meet here on Friday, Mandya SP G. Radhika said that the Police have recovered 850 gm of gold jewellery worth Rs. 24 lakh, two Tata Sumo vehicles, four gas cutters, six cellphones and a pocket calendar used for the crimes, from them.

The modus operandi of the gang was to target Jatras and carry out chain snatching, robberies, burglaries and theft in a pre-planned manner using gas cutter and other equipments, she said and added that the Police have launched a hunt for two more who are absconding.

The SP further said that the ‘Operation Sona’ headed by ASP Lavanya and Malavalli Dy.SP C. Mallik had worked for nearly a month to nab the gang, which was targeting people in jatras.