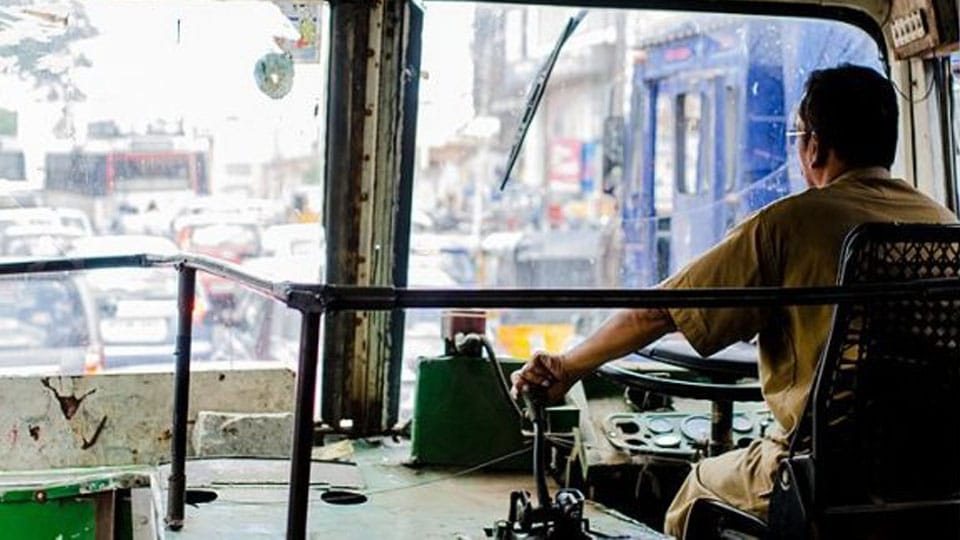 Mysuru: A KSRTC bus driver sustained injuries when he was hit by stones by unidentified miscreants while on duty in NR Police limits  on Saturday.

Siraj Pasha is the KSRTC bus driver (Badge No. 2424) attached to Bannimantap depot, is the one who was assaulted.

Siraj Pasha was driving city bus route No.15/1 towards Gandhinagar via FTS Circle on the evening of Nov.16, when two unidentified miscreants who came on a Honda Activa scooter came close to the bus as it neared Karunapura and hit him with stones after verbally abusing him.

Even before Pasha could stop the bus and get down, the miscreants fled away. Pasha later got treated for his injuries at a city hospital and lodged a complaint  at NR Police Station.