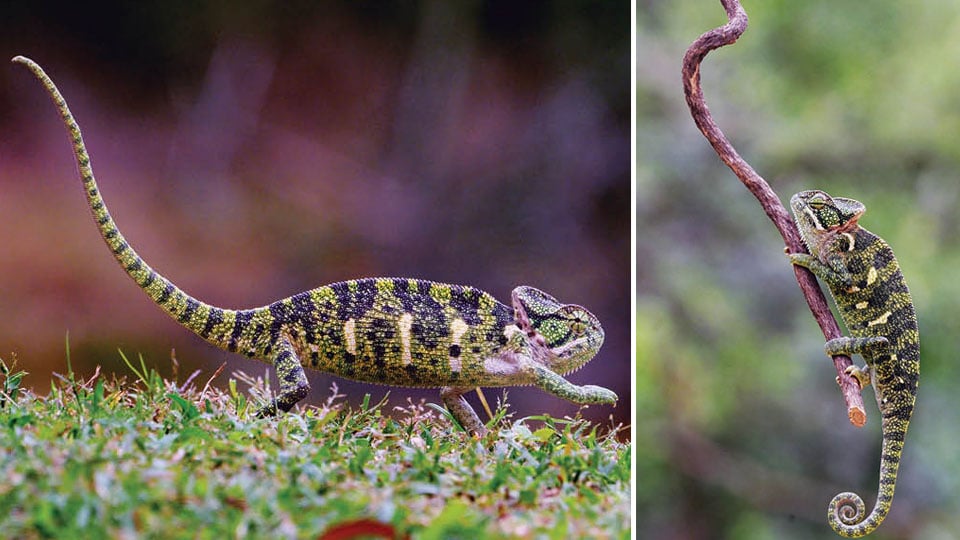 Many believe that chameleons change their colour to blend into their environment. But research says, in contrary to the popular belief, while some species can change colour whenever they want, most chameleons’ colour change happens in response to heightened emotions or new habitats.

Some chameleons change colours when they feel angry or fearful, while others change in response to light, temperature, or humidity. Unlike other animals that change their appearance by dispersing pigments, chameleons change the actual structure of their cells. Some species of chameleons even have something called a prehensile tail, which acts as a fifth hand for grasping and navigating to help chameleon feet.

These pictures of chameleon, which live in a variety of habitats, from rain forests and lowlands to deserts, semi-deserts, scrub savannas, and even mountains, were captured by  SOM photographer M.N. Lakshminarayana Yadav in Chitradurga recently.