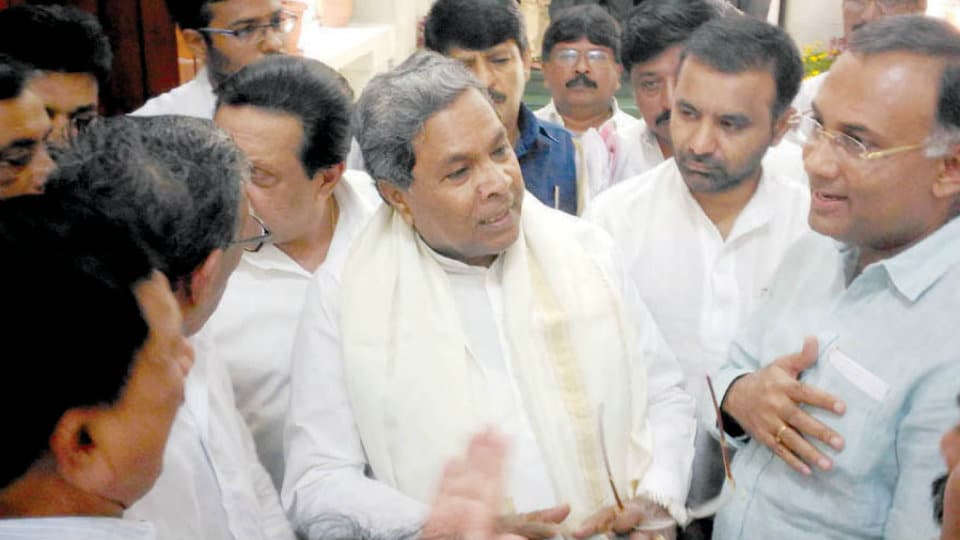 The members of Cauvery Taluk Horata Samithi, accompanied by an all-party delegation, met Chief Minister Siddharamaiah at Vidhana Soudha recently and submitted a memorandum seeking formation of Cauvery Taluk in Kodagu district with Kushalnagar town as the Taluk Headquarters.

Asserting that there has been a long standing demand for creation of Cauvery Taluk comprising 19 Gram Panchayats coming under Kushalnagar limits, the members said that Kushalnagar had all the characteristics of a Taluk Headquarters. Pointing out that former CM late R. Gundu Rao, who hailed from Kushalnagar town, had a dream of making  Kushalnagar as Taluk Headquarters, they urged the Chief Minster to seriously look into the matter and include Cauvery Taluk to the list of new Taluks announced in the Mar. 15 State Budget.

Speaking after receiving the memorandum, Siddharamaiah said that he would discuss the issue with Kodagu District In- charge Minister M.R. Seetharam and KPCC Working President Dinesh Gundu Rao.  Later, the Samithi members went to the residence of Revenue Minister Kodagu Thimmappa and submitted a memorandum in this regard.