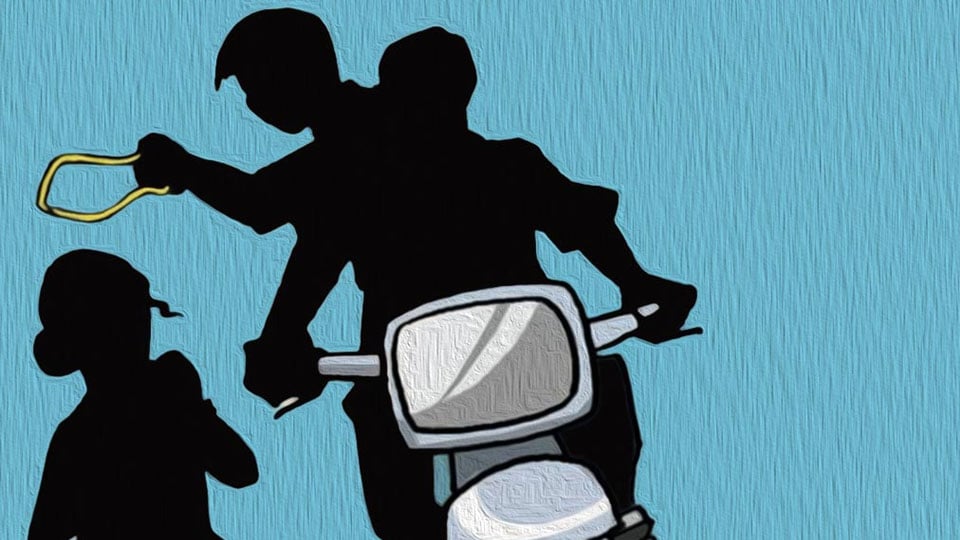 Mysuru: Bike borne miscreants have snatched a gold chain from a woman who was talking with her friend at Siddarthanagar here yesterday afternoon.

The woman who lost her gold chain has been identified as Bhuvaneshwari, wife of a KSRP Constable.

Bhuvaneshwari was talking with her friend on Ahimsa Marga in Siddarthanagar, when a bike borne miscreant snatched her gold chain weighing about 25 grams and sped away.

Public express anger: Reacting to the incident, the public said that the incident took place when the cops are observing ‘Crime Prevention Month.’

They also said that many suspicious persons have been moving around in bikes in the area and added that as there is no Police beat in the area, incidents like chain snatching are taking place in the locality.