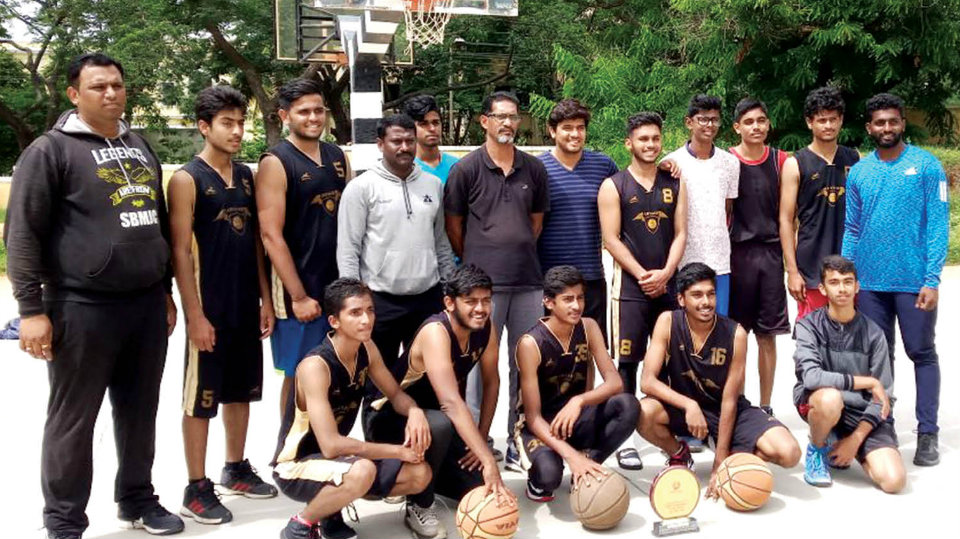 Aryans BC and Mysore Basketball Club won the Boys and Girls U-18 titles respectively in the Challengers Cup U-18 Junior Basketball League Tournament-2018 conducted by Challengers Academy at the University Basketball Courts here yesterday.

In the boys final, Aryans beat Protec Challengers 74-50, while in the girls section, Mysore Basketball Club scored a 42-17 win over Aryans BC and clinched the title. The Mysore Basketball Club which won the Girls U-18 title in the Challengers Cup.