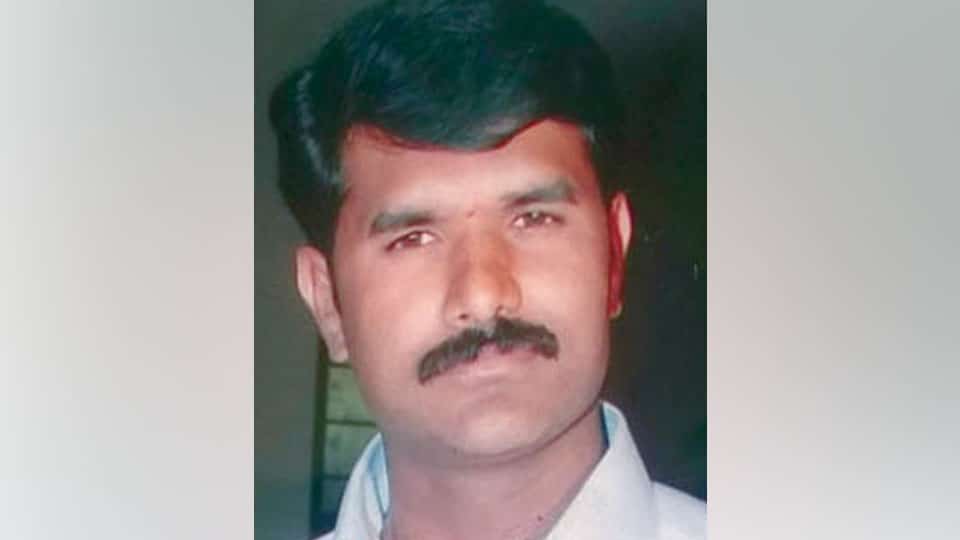 Chamarajanagar: A Government School teacher was killed on the spot, when a goods vehicle rammed into his bike near a club yesterday morning. The deceased teacher is H.S. Bheemesh (40), a resident of Ramasamudra and a teacher at Bisalawadi Govt. High School.

Yesterday being Saturday, Bheemesh left his place on his bike to his school early in the morning. When Bheemesh was proceeding in front of a club near NH-209, a speeding Eicher vehicle, which came from behind, rammed into the bike on which Bheemesh was riding resulting in him suffering serious head injuries and breathing his last on the spot, said Traffic Sub-Inspector Deepak to SOM.

Meanwhile, the Police, who rushed to the spot, conducted mahazar and shifted the body to the District General Hospital for post-mortem and the body was handed over to Bheemesh’s family members later. Last rites were performed at Bisalawadi.

Heartrending scenes were witnessed at the hospital as the students, on learning about the death of their favourite teacher, were seen weeping bitterly and were inconsolable.

District Minister C. Puttaranga-shetty, Primary and Secondary Education Minister N. Mahesh visited the mortuary, where the body of Bheemesh was kept and paid their respects besides consoling the family members.