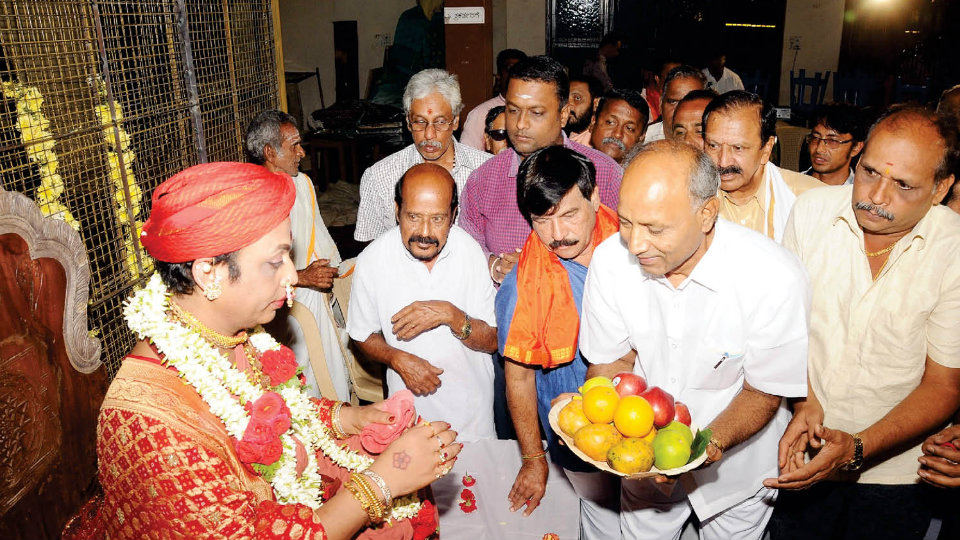 The Swamiji was taken in a procession on a silver chariot from Ramaswamy Circle to Srirama Mandira in Krishnamurthypuram accompanied by an array of folk troupes.

Speaking on the occasion, MLA S.A. Ramdas opined that a person who has belief in dharma will not be let down in life.

Briefing on the programme to follow, Sangha leader Sreesha Bhat said that puja rituals will be held daily from 6 am followed by bhajans and mass recitation of Vishnu Sahasranama, Lalitha Sahasranama, Padapuja and mangalarathi. He added that Mass Soundarya Lahari and Hanuman Chalis Parayana have been organised at 5 pm.

Disclosing this at a press meet at Pathrakarthara Bhavan here recently, Chaturmasya Seva Samithi’s Jayaram Bhat said that the Swamiji will be brought in a procession on Aug. 3 at 4 pm from Javaregowda Park in Saraswathipuram to Krishnadhama.

He further said that from Aug. 4 to 12, discourses, Keerthanas and interactions have been organised daily at 6 pm.