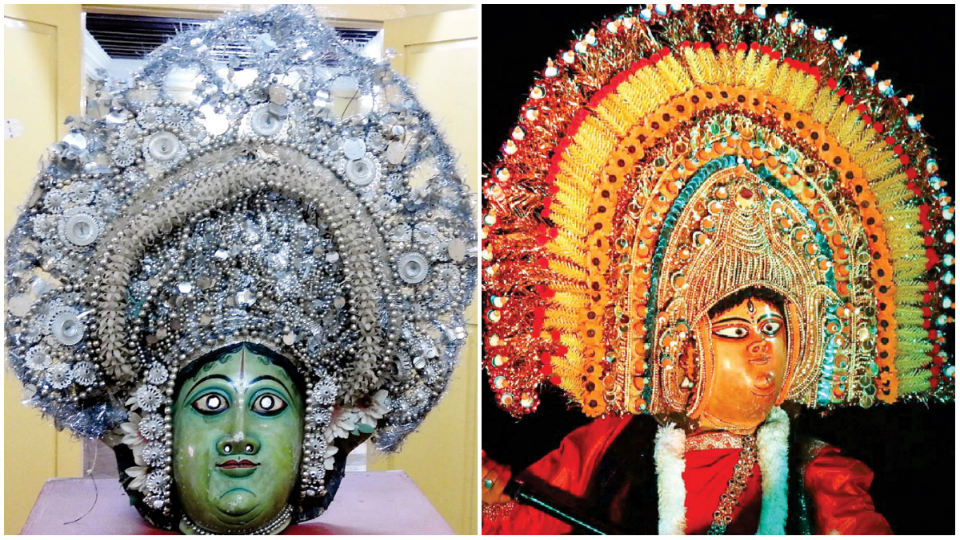 Chhau dance is one of the mask dances of India. It is also spelled as Chau or Chhau and is a semi-classical Indian dance with martial, tribal and folk origins with roots in the Eastern States of Jharkhand, West Bengal and Odisha. It is found in three styles named after the location where they are performed — the Purulia Chau of Bengal, the Seraikella Chau of Jharkhand, and the Mayurbhanj Chau of Odisha.

The costumes vary between the styles, with Purulia and Serakeilla using masks to identify the character. The stories enacted by Chhau dancers include those from the Hindu epics Ramayana and Mahabharata, Puranas and other Indian literature. The dance is traditionally an all-male troupe.

The most interesting fact is that Purulia Chhau dance is listed in UNESCO’s world heritage list of dances. These Chhau masks are made by the artists from Sutradhar community.

The exhibit, inaugurated by IGRMS Mysuru Officer-in-Charge, J. Vijay Mohan on July 5, will be displayed during the month of July from 10 am to 6 pm daily.