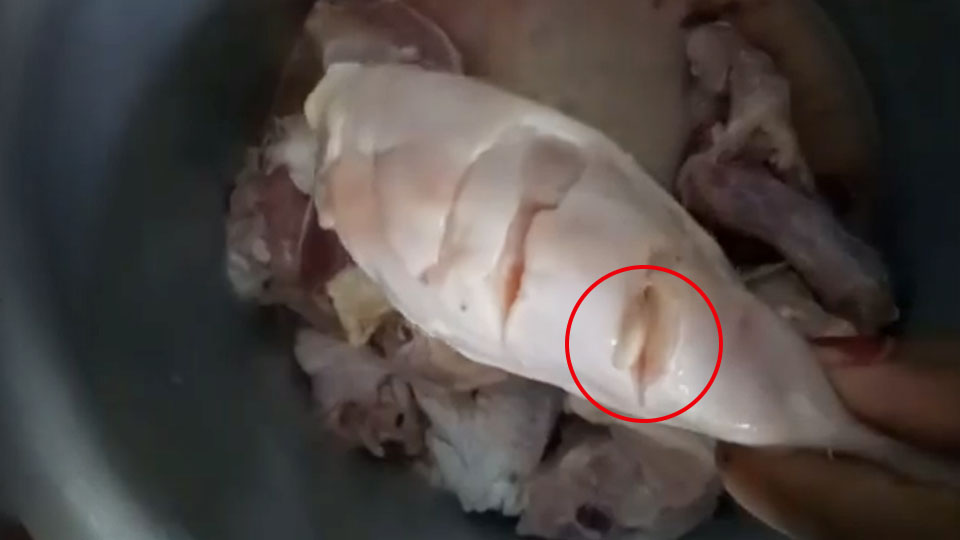 Mysuru: The Mysuru City Corporation (MCC) has closed a chicken centre for selling the meat with maggots all over. “Vijaya Chicken Centre” near the Bisilumaramma Temple at T.K. Layout has been locked up this morning and action has bbeen recommendedagainst the shop-owner Bhaskar.

The MCC action comes in the wake of a customer finding maggots in the chicken that was purchased at the outlet yesterday. The customer took the video of worms crawling from the meat pieces and uploaded it on social media. The video went viral and taking suo-moto action, the MCC officials closed the shop.

Speaking to Star of Mysore, Assistant Director (Veterinary) Dr. S.C. Suresh said that MCC Health Officer Dr. Nagaraj led the drive. Legal action will be taken against the shop-owner as per the provisions that the MCC is empowered with.

The MCC action is however not surprising. Residents of the area told Star of Mysore that very soon, the chicken centre will be open. “A couple of months ago, a popular bakery on the Vishwamanava Double Road sold cakes and pastries with worms and the videos went viral on social media. Some MCC officials visited the bakery and we don’t know what action has been taken. But the bakery opened within no time and is back in business,” said a resident.

MCC T.K. Layout
Atal Tinkering Laboratory opens at Kautilya Vidyalaya
Assassins of old were honest, modern ones are cowardly. But the cowards are destroying the Indian dream