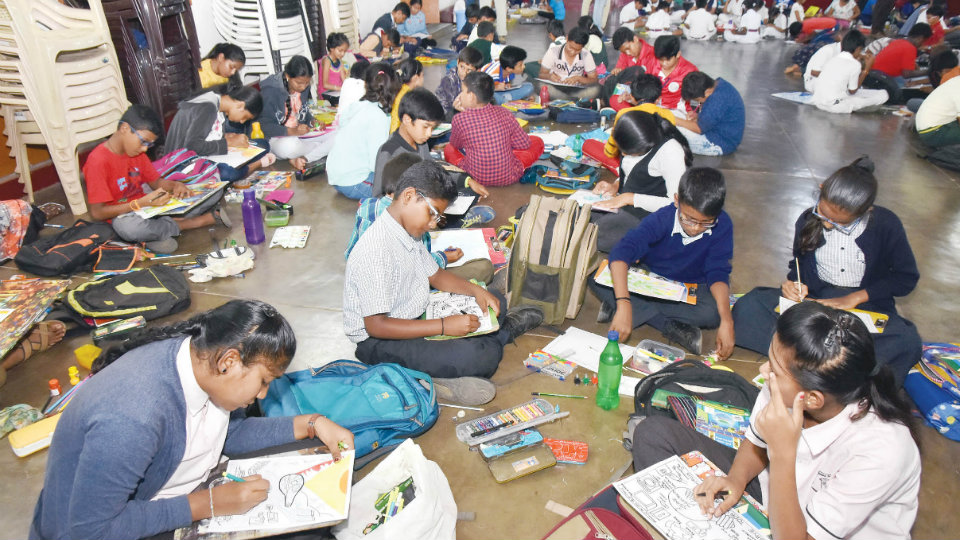 Over 200 students from 58 schools in the district participated in the contest. They pictorially depicted the advantages of solar power and other renewable energies along with proper usage of electrical appliances. They even explained through drawings that solar power could be generated and sold also.

Speaking on the occasion, KREDL Project Engineer D.K. Dinesh Kumar contended that a unit of energy saved is equivalent to two units generated. He opined that if children become aware of power conservation, they could convey the message to their parents also.

Continuing, Dinesh said that people switch off TV using the remote control but the mains supply will be on which consumes power. Similarly, he contended that the so-called zero-watt bulb used in puja rooms also consumes about 25% of power of a regular bulb. He further said that KREDL has been conducting such drawing contests for children every year to create awareness on energy savings. He added that cash prizes will be given to the winners and certificate for all participants.