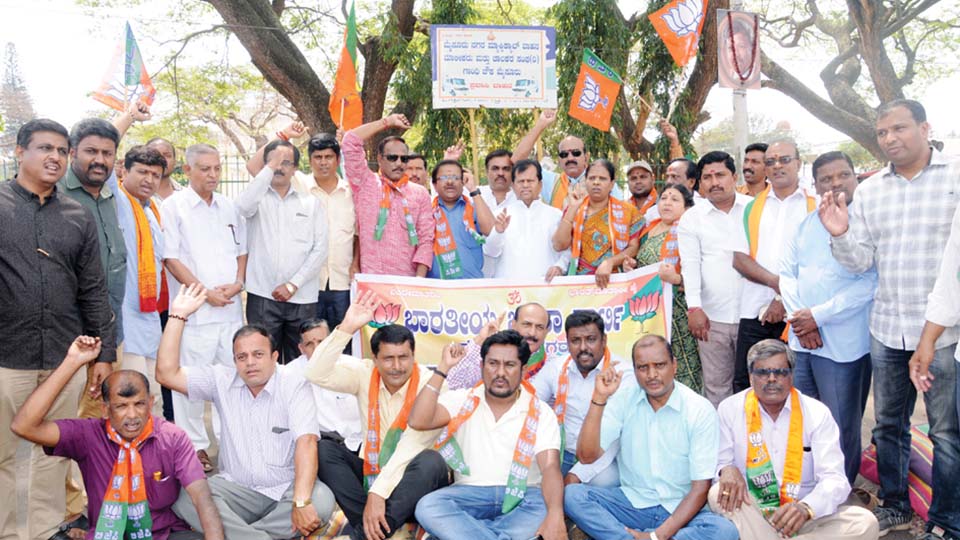 The protesters alleged that the life of soldiers were under threat whose security was prime now.

The BJP members observed  two minute silence to pay homage to the CRPF personnel, who were killed in the attack.