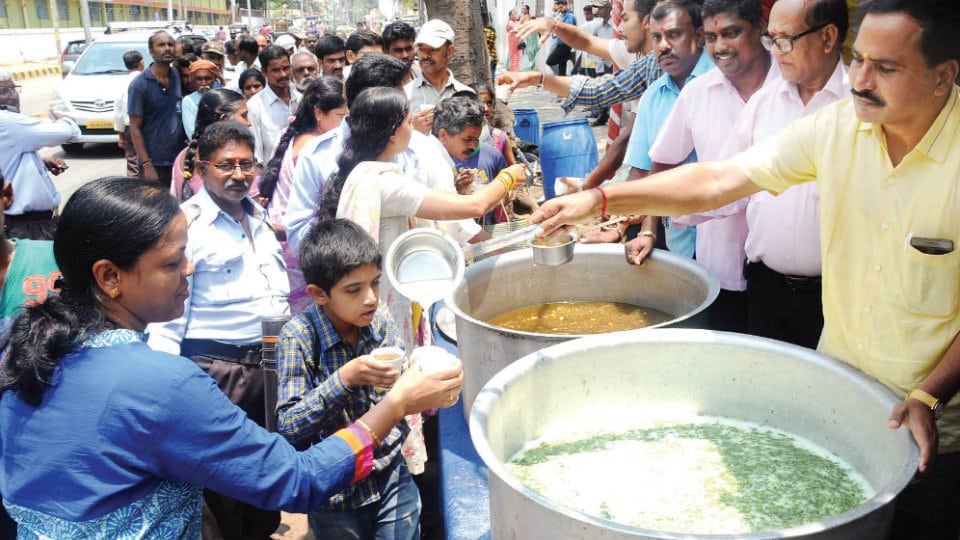 Thousands of devotees thronged various temples across the city this morning on the occasion of Sri Ramanavami celebrations. People started to queue up in front of temples early in the morning to offer special prayers.

Sri Ramanavami is observed on the ninth day of Chaitra Navaratri to commemorate the birth of Lord Rama, the seventh avatar of Lord Vishnu.

Several organisations distributed lemon juice, muskmelon juice and butter milk for devotees near temples and at various junctions. Autorickshaw Drivers’ Associations had also installed pendals and distributed ‘kosambari’ and ‘panaka’ to the passersby. Ramanavami came as a big relief for people as several of them could beat the heat consuming butter milk   and panaka.

Meanwhile, several organisations have also organised various cultural and musical programmes in the evening to mark the occasion. Several bhajan programmes have also been  organised in the temples.

Ramanavami
Both Congress and BJP bank on sympathy votes in Gundlupet
Ph.D awardee