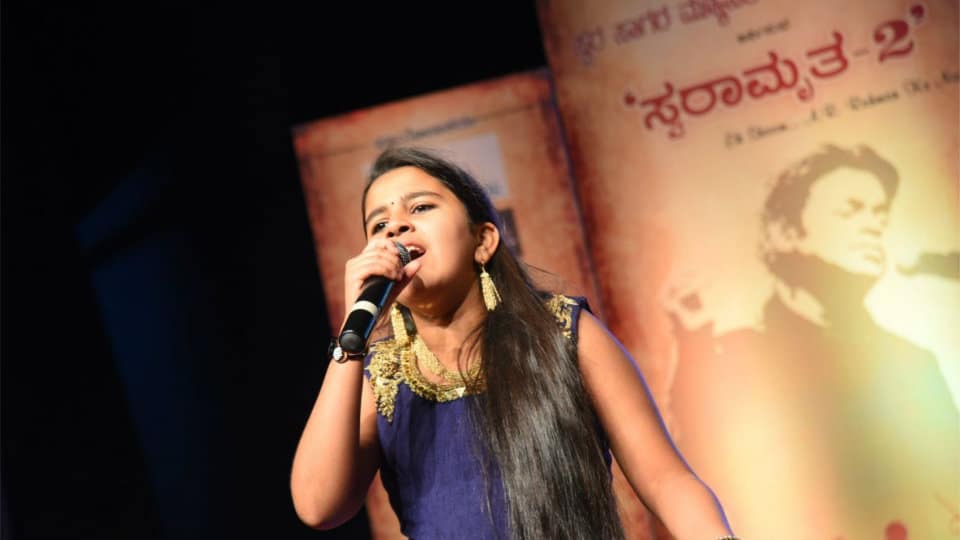 Mysuru: R. Tanushree, an 8th std. student of Kautilya Vidyalaya, has been selected to take part in the Music Reality Show SAREGAMAPA Little Champs hosted by a Kannada TV channel.

A resident of Ramakrishnagar in city, Tanushree was introduced to music by her mother who taught her gamaka and light music. She is currently learning Karnatak music from Koviladi R. Kala and light music from Sunitha Chandrakumar. She has won many awards including Balashree and Kalashree. Daughter of D.N. Raghavendra and M.V. Shubha, Tanushree has taken part in many events including Alva’s Nudisiri-2017.