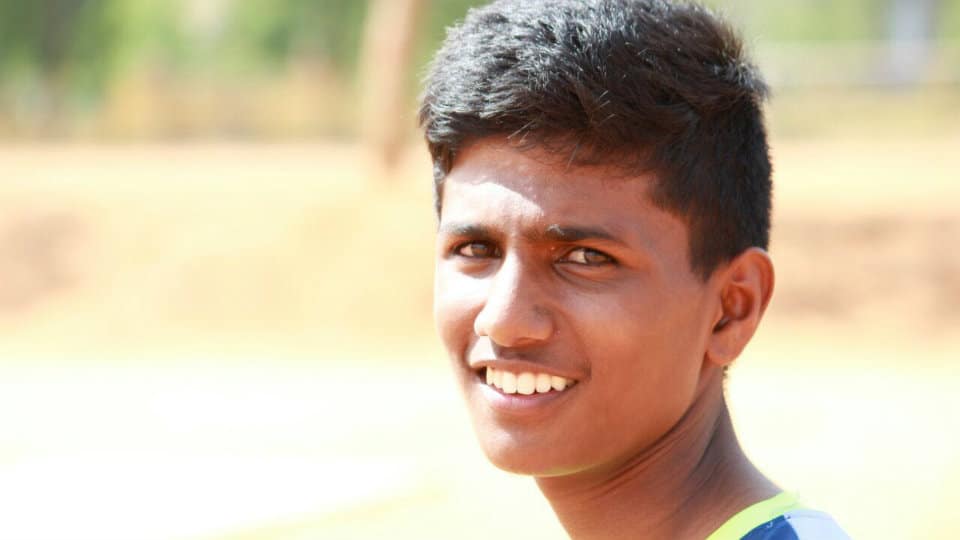 It was raining sixes and fours at the Manasagangothri Grounds next to Coffee Board which forced the players and a few spectators sitting outside the ground to run looking for shelter. Yes, it was the flawless knock of 248 runs by wicket keeper/batsman B. Dheemanth that made players stand-up and applaud in appreciation of a brilliant display of batting they witnessed, yesterday.

Dheemanth, playing for RBN Cricket Club in the ongoing KSCA Mysuru Zone U-19 Tournament for Clubs, hit his maiden double century with the help of 13 huge sixes and 20 fours which helped his team pile up a massive 458 runs for the loss 5 wickets in 50 overs against SKRSC, K.R.N Nagar. Opening the batting, the talented left-hander played throughout the innings before getting out in the 50th over.

In reply, SKRSC were bowled out for 160 in 36.2 overs with Syed Zain and Niranjan picking up three and two wickets respectively. Dheemanth, who started his cricket coaching at C.V. Ramesh’s Cricket Academy as a 11-year-old, has been representing RBNCC ‘A’ team in KSCA Mysuru Zone 1st Division League for the past three years. He has also represented Mysuru Zone U-16 and U-19 tournaments conducted by KSCA, Bengaluru. He was also a part of U-19 Mofussil XI team and was among the standbys in this year’s U-23 Mysuru  Zone team.

Dheemanth is the son of A.P. Bharatesh, a civil contractor and Sarvamangala couple residing in Vivekanandanagar in city. Currently, the south-paw is pursuing first year B.Com at Kautilya First Grade College in Vijayanagar.