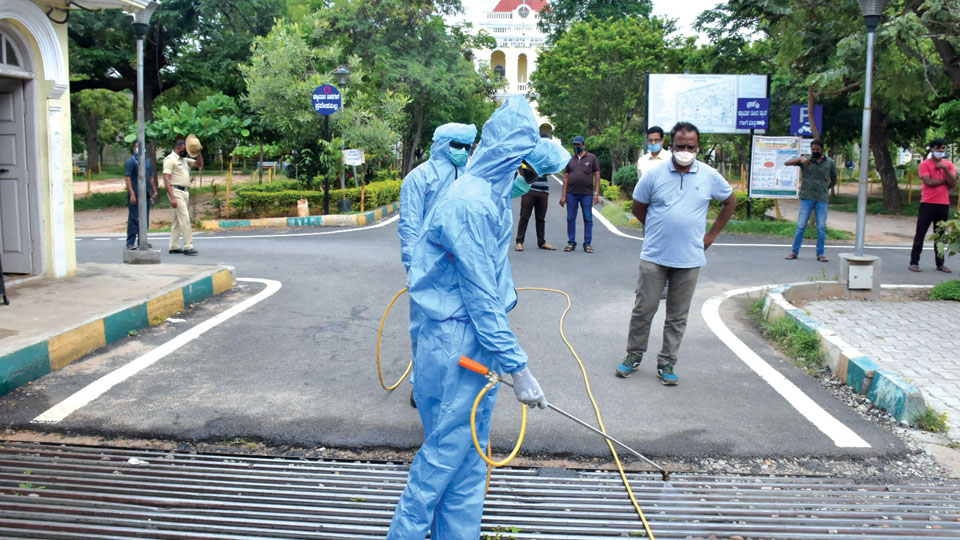 Mysore/Mysuru: Just a few days after the City Law Courts resumed functioning following a recent shutdown (July 8 and 9) after a practicing advocate tested positive for COVID-19, both the City Courts —  District Law Courts Complex and Malalawadi Court Complex (behind Apollo Hospital)  —  have been closed for two days (July 22 and 23) after another advocate was found infected. Following the shut down, the MCC sanitised and disinfected the Courts’ premises yesterday and today.

Meanwhile, Mysuru Bar Association President  S. Anandkumar said that as another member of the Bar Association tested COVID-19 positive, the proceedings in both the Courts scheduled for July 22 and 23 have been cancelled and as such the advocates and litigants are appealed not to visit the Courts on both the days.