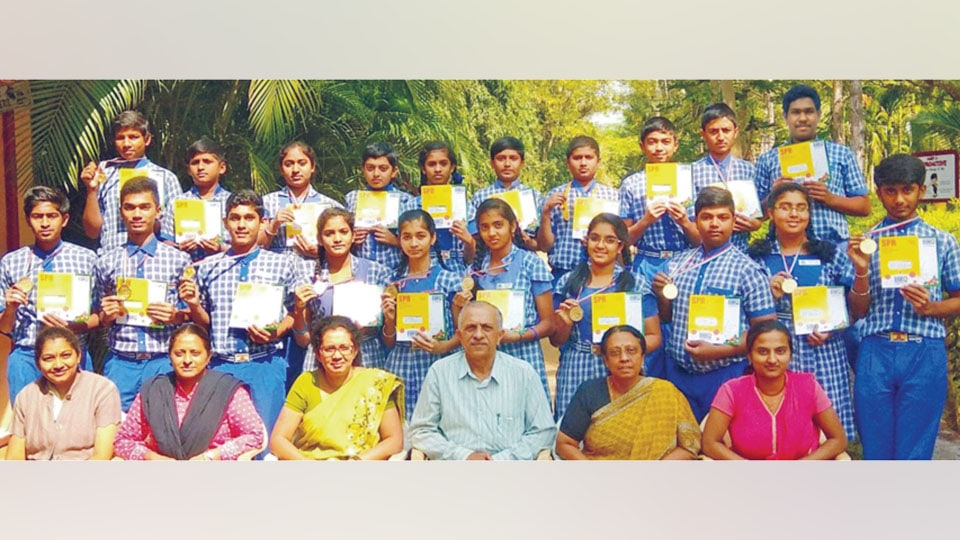 Out of 20 students, who participated, six of them have bagged top 10 ranks in Karnataka Zonal level. M. Dhamini of Class 10 has topped at State-level and won Rs. 5,000 cash prize with gold medal.

These exams were conducted on October 2017. During the academic year 2017-18, over 42,800 schools from more than 1,400 cities registered and millions of students appeared for the six Olympiad exams.

These Olympiads were conducted across 25 countries.