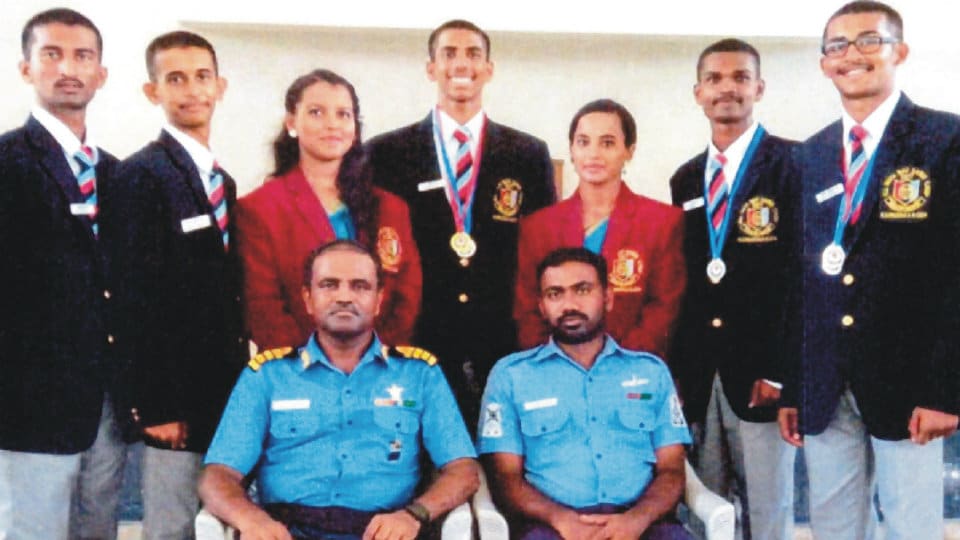 The team of five boys and two girls from Yuvaraja’s, Maharaja’s and Sarada Vilas Colleges of Mysuru were part of the 40 NCC cadets from six NCC Units of Karnataka and Goa. The team was given rigorous training by instructors of 3 Karnataka Naval Unit NCC at Kukkarahalli Lake in city, Ulsoor Lake at Bengaluru and in Udupi. East West International School, Hootagalli, Mysuru, supported this unit by provisioning their swimming pool for the purpose of cadets’ training.

During the camp, the cadets were taken onboard Naval Warship to get first-hand experience of Indian Navy.