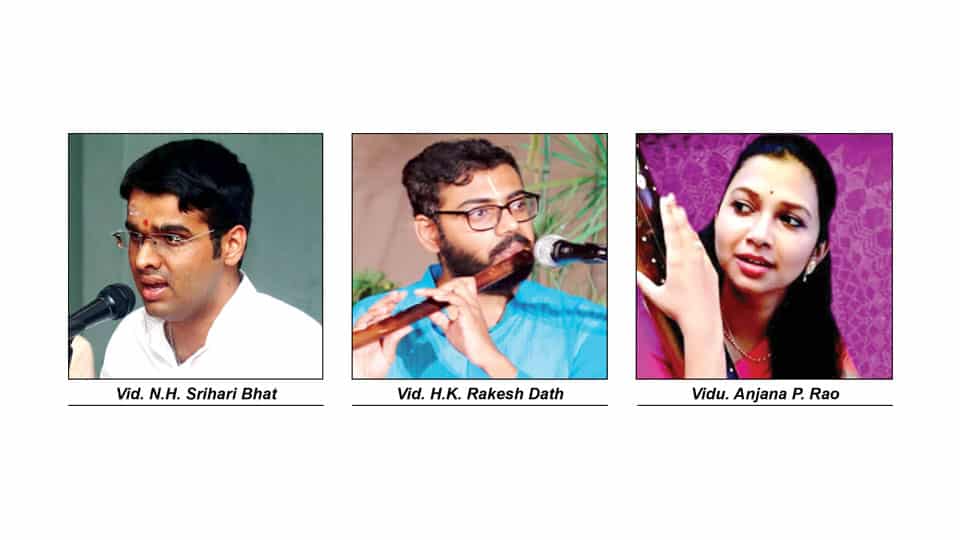 Mysore/Mysuru: As in the past, Shruthimanjari Foundation is conducting 23rd Shravana Yuva Sangeetotsava-2022 after a long gap of two years in auditorium, to encourage and give stage to young upcoming artistes of Karnatak music.

The following concerts have been organised at Rotary West Auditorium, opposite Kamakshi Hospital in Saraswathipuram, from Aug. 12 to 14 at 6 pm: