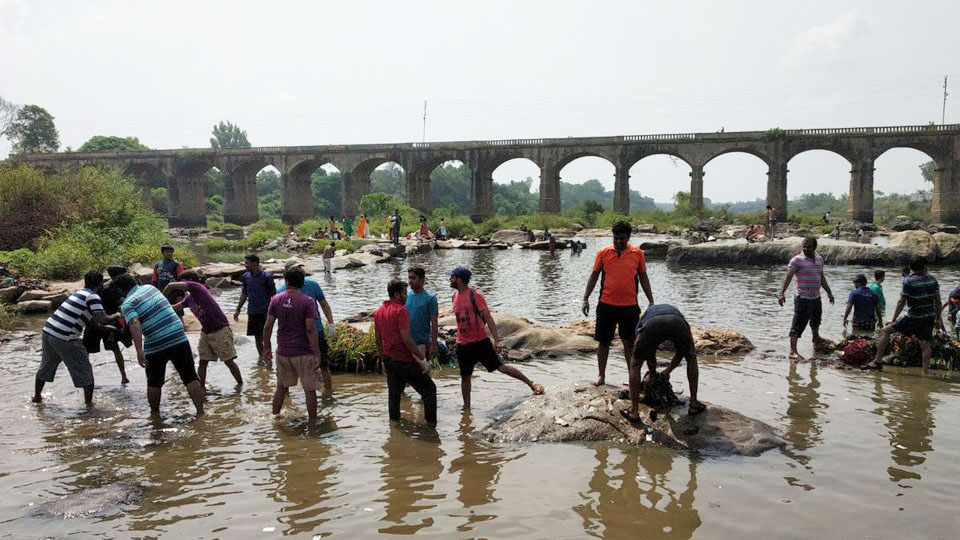 ‘Clean Cauvery’ awareness rally from Mysuru to Srirangapatna on June 5

Mysuru:  In order to create awareness on maintaining hygiene and sanctity of River Cauvery, the lifeline of crores of people in the Cauvery basin, Cauvery Nadi Swachhata Andolana will take out a ‘Clean Cauvery’ campaign rally from Mysuru to Srirangapatna on June 5.

Announcing this at a press meet here yesterday, Campaign Convenor M.N. Chandramohan said that Suttur Mutt Seer Sri Shivarathri Deshikendra Swamiji will flag off the rally in front of Kote Anjaneyaswamy Temple at the Palace North Gate at 6.30 am on June 5.

More than 150 people from Mysuru, Mandya, Hassan and Kodagu districts will take part in this 18-km padayatra from Mysuru to Srirangapatna.

The rally will culminate at the banks of River Cauvery near Srirangapatna’s Sri Ranganatha Swamy Temple at 3.30 pm, following which a memorandum will be submitted to the Chief Minister and the Mysuru Regional Commissioner through Srirangapatna Tahsildar, he said.