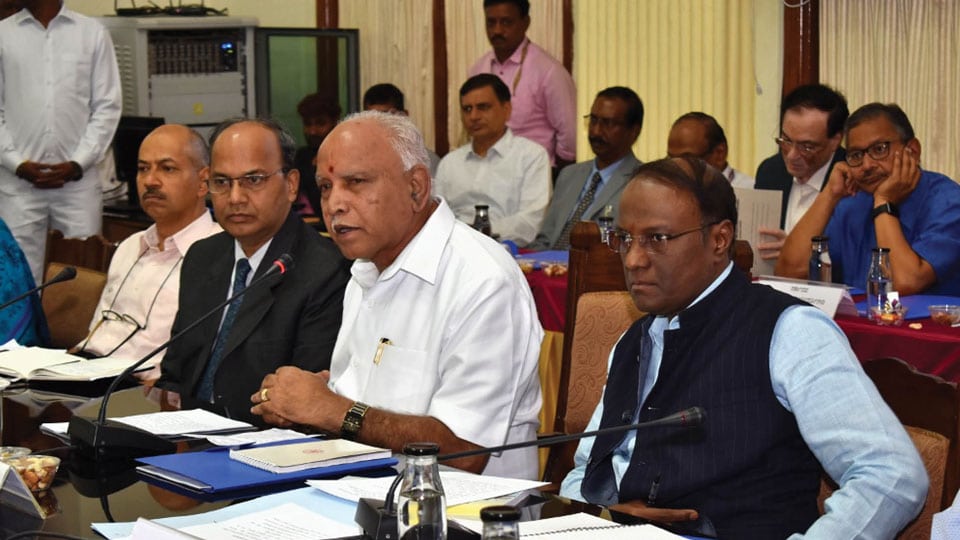 CM holds meeting of all DCs and ZP CEOs

Bengaluru:  Just a week after assuming power as Chief Minister for the fourth time, B.S. Yediyurappa held his first meeting with Deputy Commissioners and ZP CEOs of all 30 districts in Karnataka at the Conference Hall in Vidhana Soudha here this morning.

CM Yediyurappa, who was in Andhra Pradesh on a temple run, returned from Hyderabad early this morning and held meeting to discuss various issues and progress of developmental works announced by the State Government under various Departments.

Yediyurappa also reviewed the progress under the Nagarothana Scheme under which homes are constructed to people residing in urban areas. The meeting also discussed about redressal of ‘Podi’ issue and RTC corrections in the Revenue Department.

The Chief Minister also sought information about Fasal Bheema Yojana, crop survey and price survey. With the State not receiving rainfall as expected, the CM made sure he received information about water levels in various reservoirs across the State including inflow and outflow.