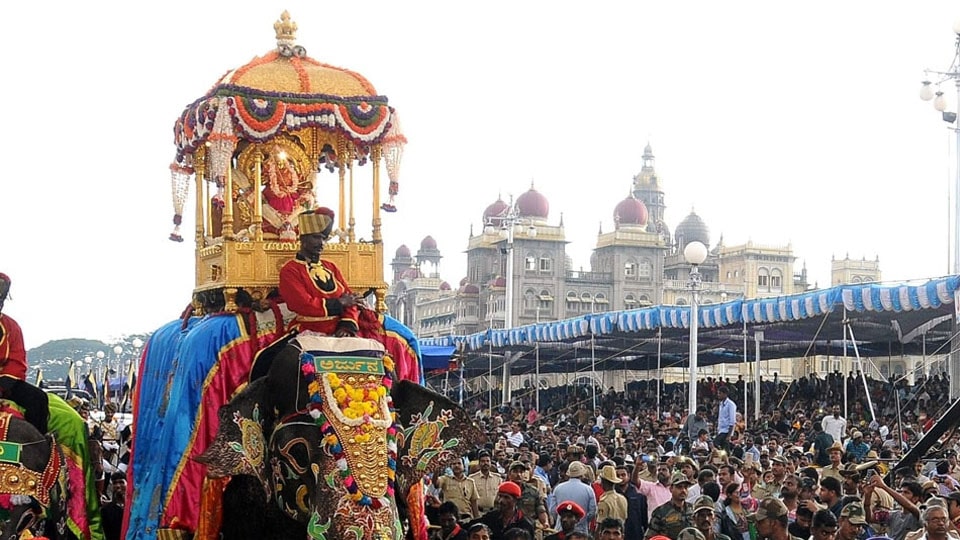 Mysuru: With this year’s Dasara less than two months away, there are no signs of preparations for the world famous event. With the 10-day Dasara festival scheduled to begin from Sept. 29, the District authorities are yet to hold preparatory meetings.

In the past, the Dasara High Power Committee meeting used to take place three months before Dasara, thus setting in motion for the grand festival. But this year, although the previous Chief Minister H.D. Kumaraswamy had promised to hold the High Powered Committee meeting in the first week of July, the meeting did not happen due to sudden political developments.

However, Mysuru DC Abhiram G. Sankar held a meeting with local officials to receive inputs on the preparations to be made. But even as the DC was preparing to send a proposal on the celebrations, the JD(S)-Congress Coalition Government collapsed. Now with the BJP Government headed by B.S. Yediyurappa in place, authorities are hoping that the Committee will meet soon.

Added to this, MCC Commissioner Shilpa Nag has gone on a year-long child-care leave and the DC is focussing on drought management, implementation of Government schemes and other routine works. This too has made an impact on Dasara preparations.

The CM, who is also the Chairman of the Committee, will preside over the meeting to discuss the preparation for this year’s Dasara celebrations. However, it is not known when the High Power Committee meeting will take place.