Home » News » Storage in KRS lowest in the last 45 years 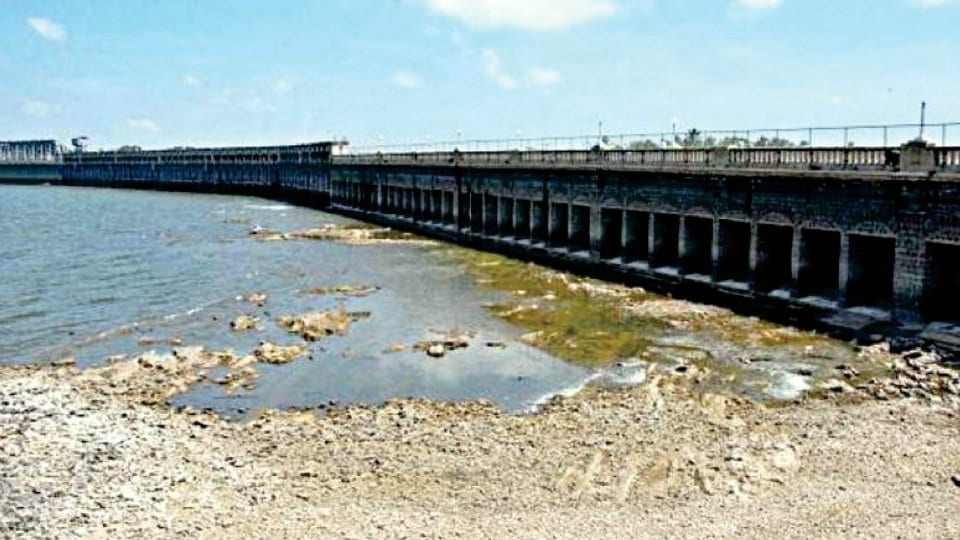 Storage in KRS lowest in the last 45 years

Bengaluru: The water level in all the four reservoirs in the Cauvery Basin in Karnataka is lowest since last four-and-a-half decades (45 years), according to the Department of Water Resources.

Official sources said that the water level in all the reservoirs in the Cauvery Basin, including Krishna Raja Sagar (KRS), Kabini, Harangi and Gorur stood at about 33 tmcft (thousand million cubic feet) which is the lowest in the last 45 years.

Stating that the present water level in all the four major reservoirs is not sufficient to supply drinking water to Bengaluru, Mysuru, Mandya and other towns and villages in the Cauvery Basin, sources said, “Only about 5 to 6 tmcft of water had been released to Tamil Nadu in July month, which is also the lowest.”

Informing that the poor rains in the catchment area of the Cauvery Basin was the main reason for the low storage of water in dams, sources expressed concern that if the present low-yield of rainfall continues, it is very difficult to release water in the canal networks for irrigation in the coming days.

“The present storage of water could be reserved to release to meet the drinking water needs of the people of the Cauvery basin” the sources added.

Meanwhile, data accessed from India Meteorological Department (IMD) show that the State is reeling under 13 percent rainfall deficiency for the season that began on June 1. IMD scientists said that South Interior Karnataka, which includes districts such as Mysuru and Kodagu is the worst hit.

Scanty rainfall in Kodagu region is bad news for people living in Mysuru and Bengaluru as the hilly district is a major catchment area for Cauvery Basin reservoirs that provide drinking water. South Interior Karnataka is facing a rainfall deficiency of 23 percent.

Scientists from Karnataka State Natural Disaster Monitoring Centre said that agricultural activities in Kodagu, Mandya and Mysuru have been severely affected as there was hardly any rain in June, the time when ploughing and sowing starts.

“We hope the shortage will be met in the coming months as in the coming days, rainfall is expected to increase. Another important point to note is that the rainfall belt is shifting towards Central India now, which means the overall rain in Karnataka will reduce,” scientists added.