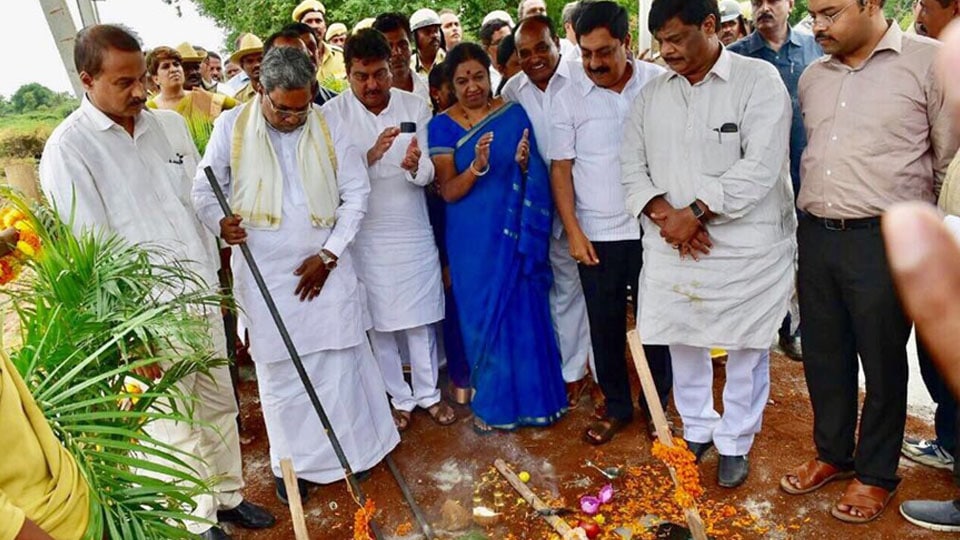 Chamarajanagar: Chief Minister Siddharamaiah said here yesterday that the State Government had spent around Rs. 40,000 crore in the last four years for the lake-filling projects in the State.

Speaking after lauding the works for filling of 24 lakes in the district, Siddharamaiah claimed that the previous Governments had not given much importance to irrigation projects. But his Government has released Rs. 58,000 crore for lake-filling projects, out of which Rs. 40,000 crore has been spent over the last four years and the rest will be spent in the next one year.

Maintaining that the State Government has met its pre-election promise of releasing Rs. 50,000 crore in five years for irrigation schemes, the CM said that his Govt. had kept its word and the people too were happy with the State Congress Government.

Listing the achievements of his Government over the past four years, the Chief Minister expressed concern over the State staring at another drought.

Pointing out that there was 18 TMC of water in total at four prominent reservoirs, he said that the storage should have been around 80 TMC by now if there was copious rainfall.

Regretting that Tamil Nadu was knocking on the doors of Supreme Court when the State had no water even to cater to the drinking water needs of the people, he said the Meteorological Department had predicted normal rain this year. But below par monsoon so far has created anxiety.

Stating that sowing has been completed on only 24 lakh hectares out of the 73 lakh hectares, the CM said: “Let us all pray for rains.” He also appealed the people to elected Congress candidates in all the four Assembly segments in the district like in the 2013 Assembly polls.