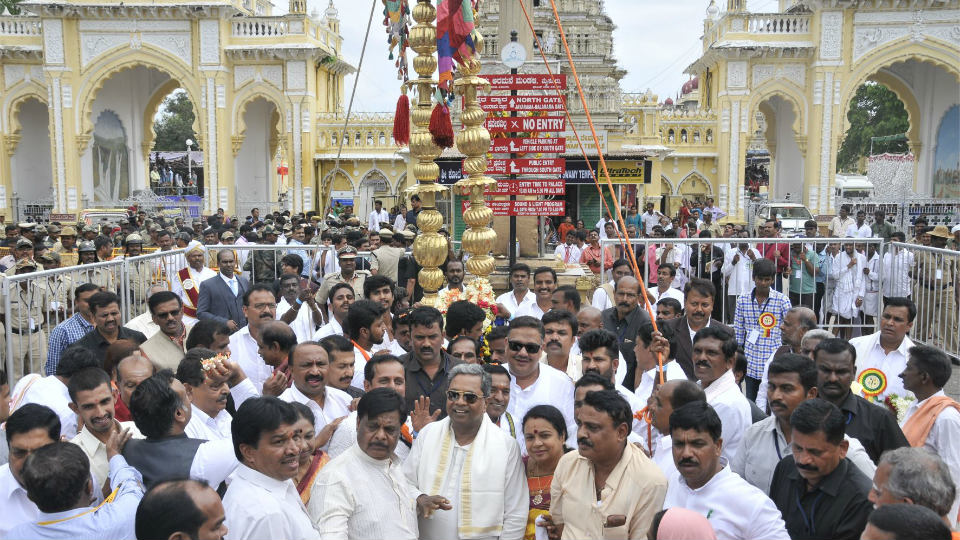 The Chief Minister, who arrived at the venue along with his colleagues around 2.15 pm, offered the puja during the  Shuba Makara Lagna by showering flower petals. 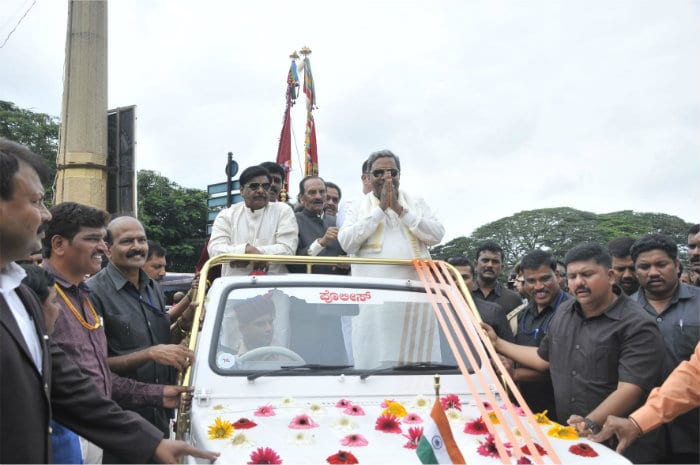 Mallesh, Swamy, Rajashekar, Jayashekar and others were part of the troupe.