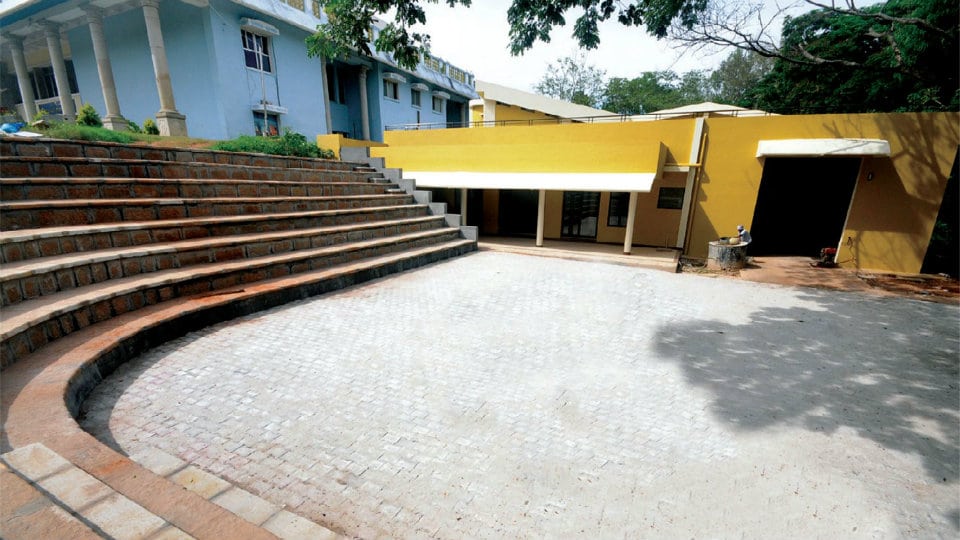 Mysuru: Chief Minister Siddharamaiah will be inaugurating the newly- constructed Mini Theatre in Kalamandira premises on Sept. 21 at 12 noon.

The Department of Kannada and Culture had first mooted the idea of constructing the Mini Theatre in 2007 after the then Kannada and Culture Minister H.S. Mahadevaprasad had given his nod. For the next three years the authorities wasted time in getting the approval for the project.

In 2012, the construction of Mini Theatre was handed over Nirmithi Kendra but the works hit a roadblock owing to official apathy. Though the building works were completed, the works related to electrification, installation of seats, fans, painting, lighting and sound system had to be taken up. Now, the works on mini theatre has been completed.

Mini Theatre is built at a cost of Rs. 1.67 crore with a seating capacity of 250 people. Apart from the stage, it has green rooms, lighting room, ticket counter, separate toilets for specially-abled along with the regular ones.