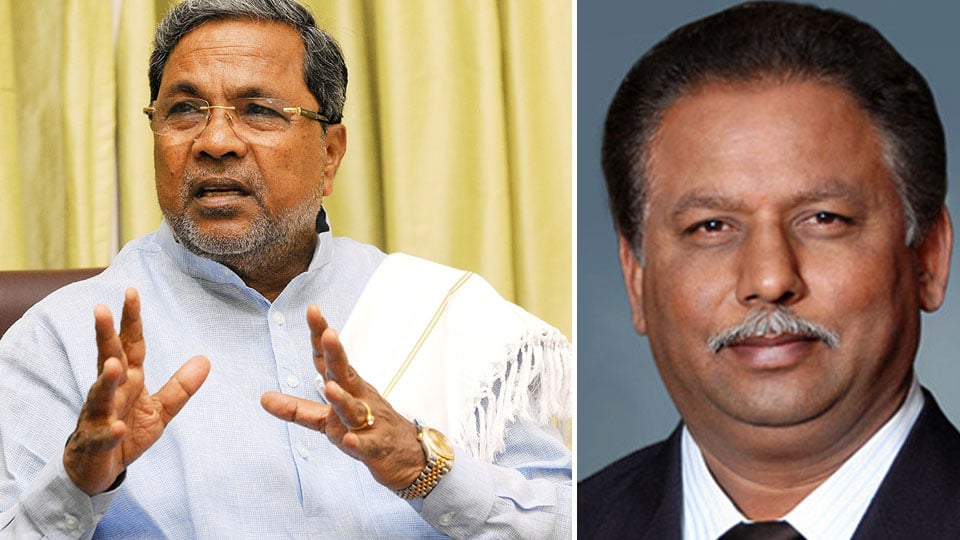 Bengaluru: Chief Minister Siddharamaiah defended the appointment of suspended Visvesvaraya Technological University (VTU) Vice-Chancellor Dr. H. Maheshappa as Congress Party IT Cell General Secretary stating that Maheshappa’s crimes weren’t as grave as they were being made to seem, especially when compared to the charges being faced by BJP State President and former CM B.S. Yeddyurappa.

“Yeddyurappa faced imprisonment for the crimes that he had committed. But the BJP went ahead and appointed him as party’s State President. Maheshappa has only lost the post of VC. Are his crimes bigger than those of Yeddyurappa’s?” asked Siddharamaiah.

Sources said that differences of opinion had emerged between CM Siddharamaiah and Higher Education Minister Basavaraj Rayareddy over the appointment of Maheshappa as the IT Cell General Secretary.

It may be recalled that Governor Vajubhai R. Vala had suspended Maheshappa as VTU Vice-Chancellor last March after it was established that he had allegedly committed irregularities and illegalities.