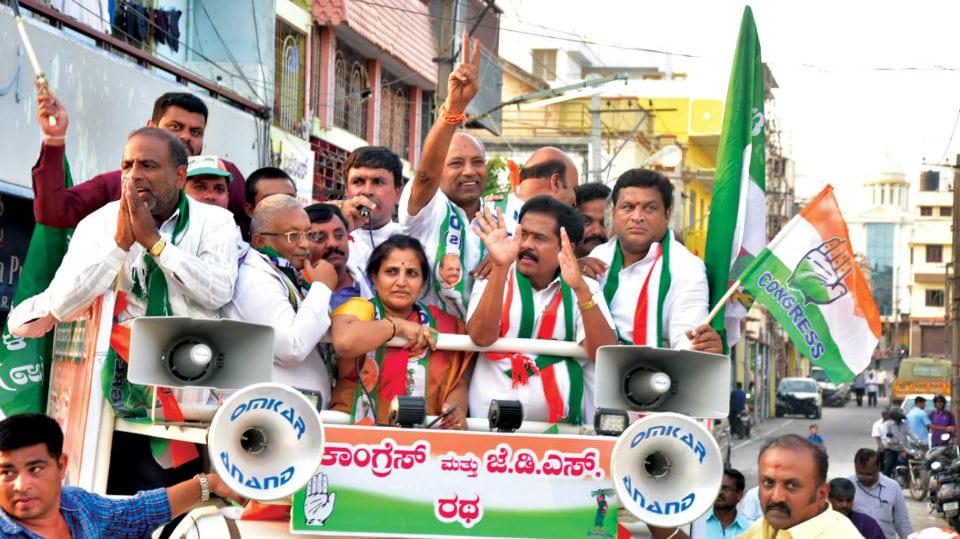 The campaign was launched after performing special pujas at Kolluru Mahalakshmi Temple near Banumaiah Chowk in city.

However, District Minister  G.T. Devegowda (GTD) continued to be conspicuous by his absence.

The unity of the coalition partners was inevitable in the interest of the country, he said and added that the coalition government in the State had to continue in power and more importantly, the same spirit of coalition and cooperation was what would help bring power at the Centre and dislodge the NDA government.

Continuing, he said that there are some confusions and minor differences between local Congress and JD(S) leaders which will be solved soon, he added. He said that he had also visited the house of District Minister G.T. Devegowda, but as he was not available. “But I discussed with GTD’s wife seeking her family’s co-operation.”

He said that he was very close to GTD and he hoped that GTD would take part in the campaign in coming days.