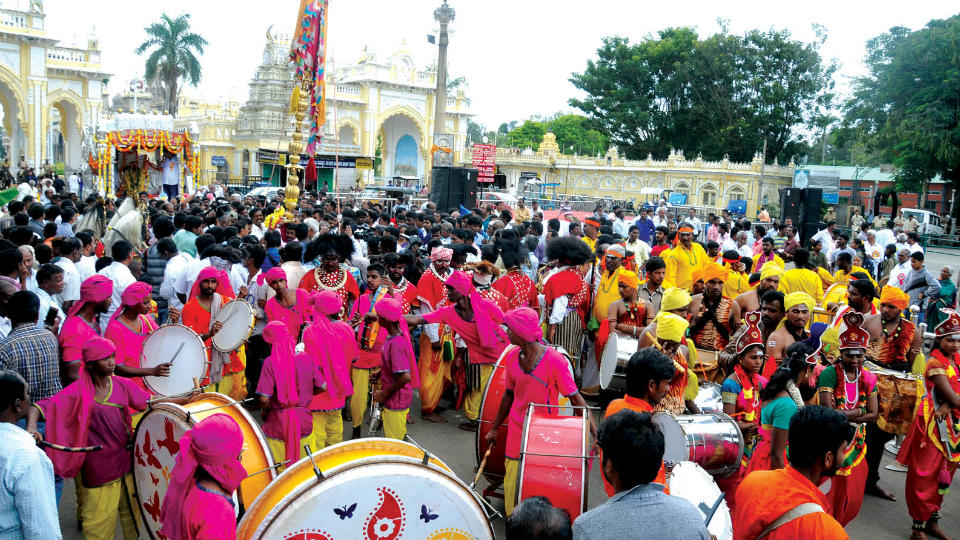 Mysuru: A colourful procession was taken out in city this morning as part of Kanakadasa Jayanti celebrations organised jointly by the District Administration, Department of Kannada and Culture and the Jayanthotsava Samithi.

The procession commenced in front of Kote Anjaneyaswamy Temple near the Palace here. In the lead was a silver chariot carrying a portrait of Saint Poet Kanakadasa.

The chariot was profusely decorated with flowers. Five Mounted Police personnel in front and behind the chariot provided a good appearance and the entire procession was scrupulously designed on the lines of Dasara procession.

In tow were about 20 folk troupes performing various folk dances in tune with rhythmic beating of drums. The added attraction was five tableaux featuring Alambadi Junjegowda, the person behind the construction of the temple at M.M. Hills, social reformer Basavanna, writers like Kuvempu, freedom fighters Sangolli Rayanna, Kittur Rani Chennamma, Kanakadasa’s life and finally a special tableau portraying the social  schemes of the present State Government. 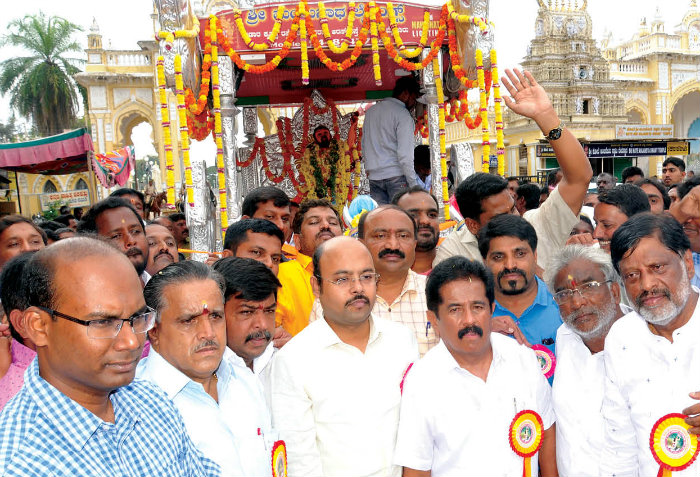 About 1,000 people participated in the procession with school children playing the band.

Earlier, MLA M.K. Somashekar offered puja to Nandi Kambha and showered flower petals to the portrait of Kanakadasa to inaugurate the procession.

Deputy Commissioner D. Randeep, MLA G.T. Devegowda, Corporators Nandeesh Preetham, Mahadevappa and former  Mayors T.B. Chikkanna and Modamani and others were present. The Jayanthotsava samithi has organised a play ‘Bhakta Kanakadasa’ on Nov. 8 at 6.30 pm at Jaganmohan Palace here to be enacted by Manasavadya and troupe.