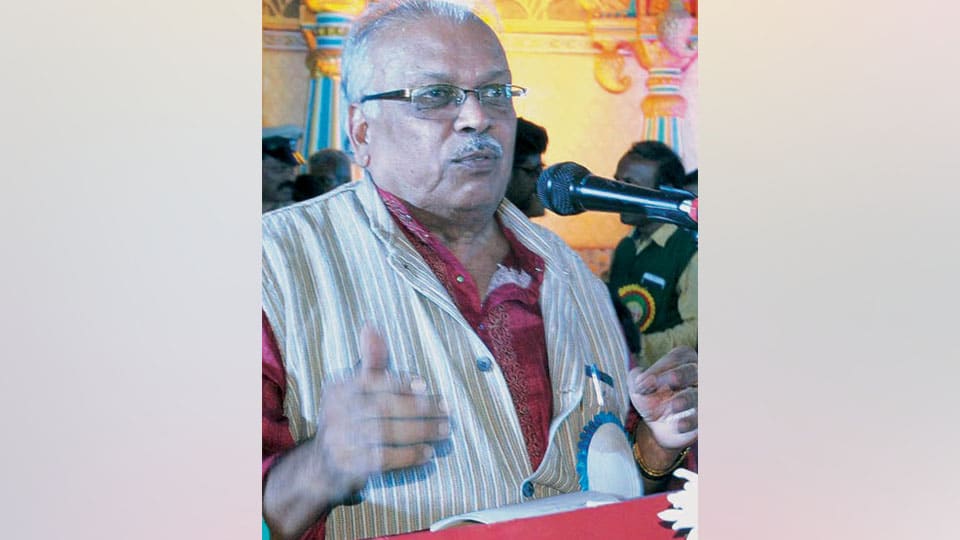 ‘Conflict between expectations and ground realities should be resolved amicably’

Mysuru: “The conflict between expectations and ground realities which have emerged during the Kannada Sahitya Sammelana should be resolved amicably,” opined writer Dr. H.S. Venkatesh Murthy.

He was delivering the valedictory address of the 83rd Kannada Sahitya Sammelana at Maharaja’s College Grounds here last evening.

Dr. Venkatesh Murthy said that many people voice support for Kannada heaping praises on its heritage and richness.

He pointed out that many people do not introspect themselves regarding the language of newspapers they subscribe or the schools where they have admitted their children, which would throw light on ground realities. Hence, he opined that the Sammelana should analyse such bitter truth about the treatment meted out to Kannada.

He recalled that Sammelana President Prof. Champa had given a call to people to join hands to light a lamp and not to ignite, writer Dr. Baragur Ramachandrappa had sought a school syllabus for the State and Minister Ananth Kumar had opined that a joint struggle would evolve Kannada as medium of instruction.

However, Murthy labelled all such statements as political heeding to pressure of communities. He regretted that Sammelanas, meant to focus on literary problems, have been gradually transforming into a platform to discuss on political differences.

Speaking on the occasion, Minister for Rural Development H.K. Patil opined that Sahitya Sammelana should provide a strong guidance to Government.

He defended the statements of Sammelana President Prof. Champa who brings out truth, appreciation and criticism boldly which will not be appreciated by everyone. He suggested Kannada Sahitya Parishat to come out with books after detailed study of river rows and border disputes to enlighten the people.