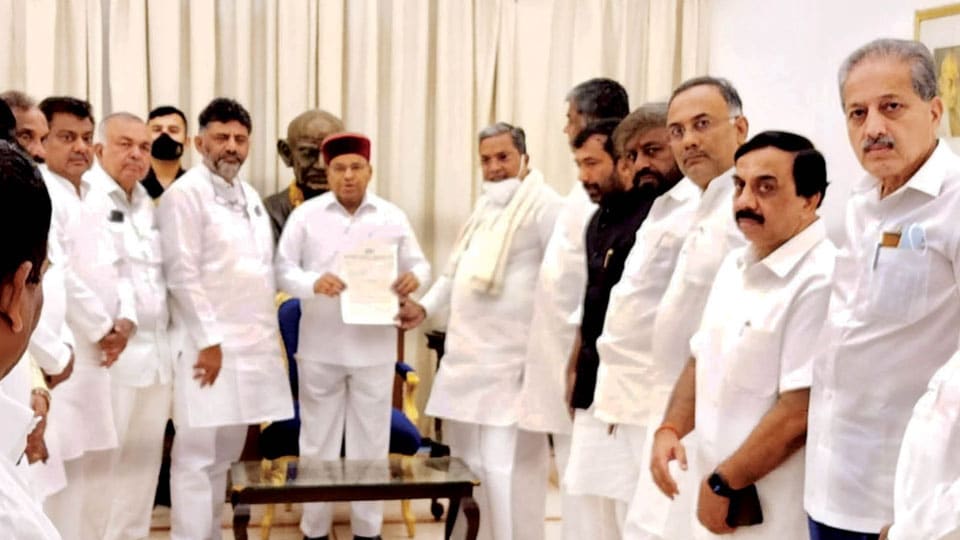 They demanded the Governor to direct the Police to “take cognisance of the abetment to suicide of Santosh Patil by Eshwarappa and his allies”. In a memorandum submitted to the Governor, the Congress delegation alleged that the deceased had sent a message through social media terming the Minister “directly responsible” for his death.

The leaders also demanded the arrest of the Minister “in the interest of justice and equity”.

4 COMMENTS ON THIS POST To “Congress delegation meets Guv; demands dismissal of Eshwarappa”