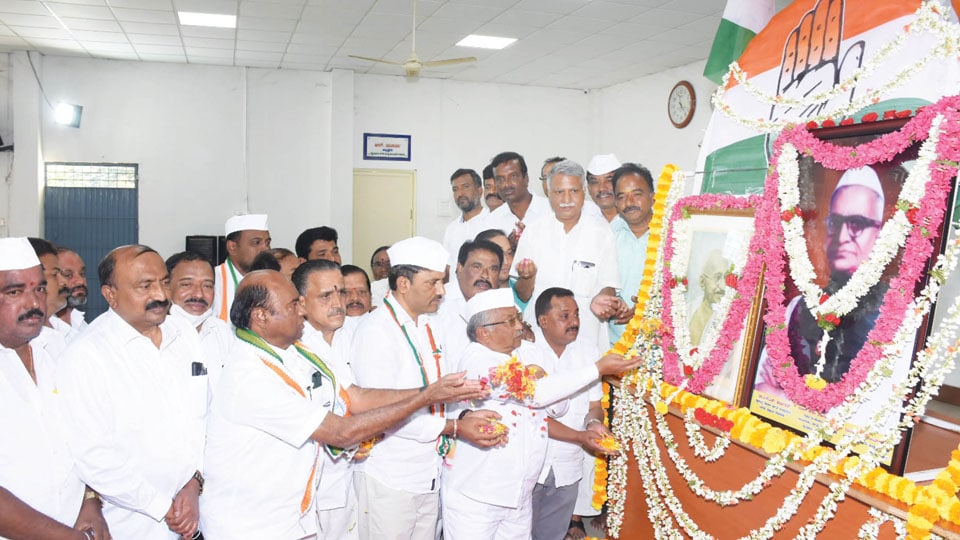 Mysore/Mysuru: Maintaining that the Congress party has contributed a lot for the growth of the nation, NR MLA Tanveer Sait said that the sacrifice of thousands of Congress workers is responsible for India becoming a powerful country in the world.

He was speaking at the Congress Foundation Day celebration organised by the City and District Congress units at Congress Bhavan near the City Railway Station here yesterday.

Maintaining that people are fed up with the policies and working style of the BJP Government in the  State, Sait said that the people are yearning for a change and are looking at the Congress for good governance.

Observing that the contributions of Congress leaders has played a vital role in India becoming a robust democracy, he said that it is important to remember the sacrifices made by Congress leaders of the past.

District Congress President Dr. B.J. Vijaykumar, in his address, said that as part of the Congress Party’s Mekedatu Rally that is scheduled to commence from Jan. 9, a massive meeting of Congress workers of Mysuru region districts will be held at the city’s Congress Bhavan on Jan. 3. Opposition Leader and former Chief Minister Siddharamaiah, KPCC President D.K. Shivakumar and a host of other top Congress leaders will address the workers, he added.

Earlier, floral tributes were paid to the portraits of several Congress leaders of the past.