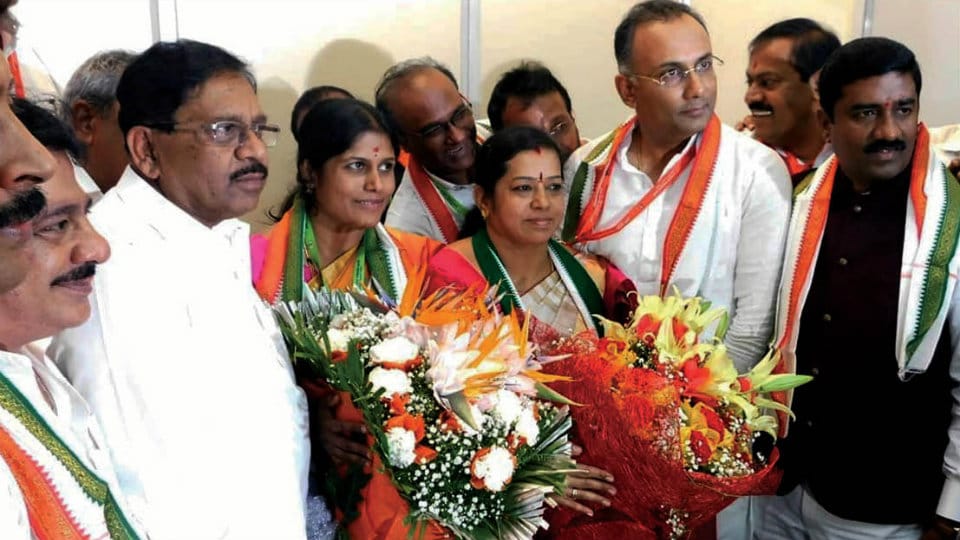 Bengaluru:  Amid ugly scenes of heckling, shoving and sloganeering, Congress-JD(S) candidates were elected as Mayor and Deputy Mayor of Bruhat Bengaluru Mahanagara Palike (BBMP) in the Mayoral polls held at BBMP Council Hall here yesterday, edging out BJP for the third year in a row.

Gangambike Mallikarjun, a two-term Congress Corporator from Ward in Jayanagar was elected as Mayor, while Ramila Umashankar of JD(S), who was elected from Kaveripura Ward was elected Deputy Mayor. This year, both the posts were reserved for women (general).

With Gangambike’s  election as the Mayor, a Lingayat is at the helm of BBMP for the first time in three decades.

After 22 years, two women Councillors will hold reins of power in BBMP. It was in 1996 that two posts were held by women candidates.

Gangambike Mallikarjun is the 52nd Mayor of Bengaluru.