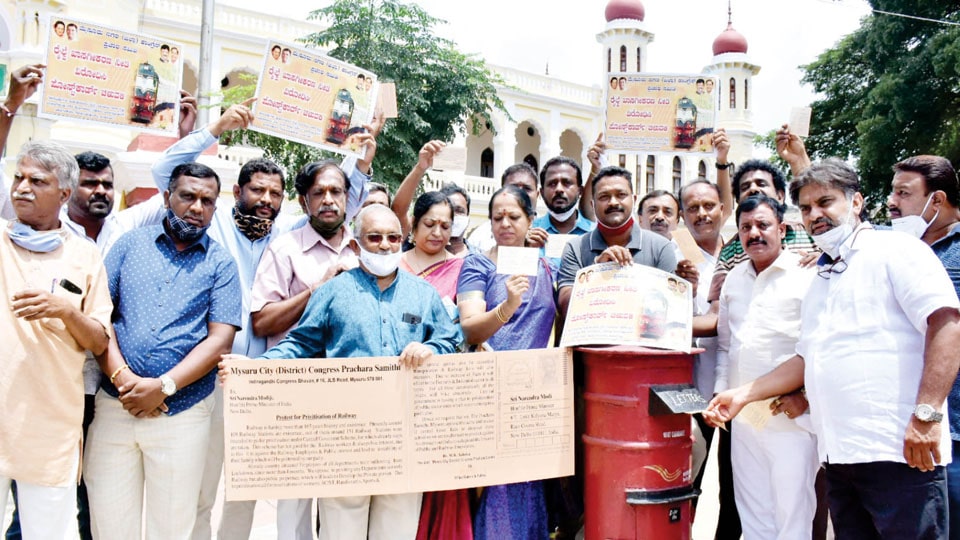 Mysore/Mysuru: Members of Mysuru District Congress Campaign Committee held a postcard movement against privatisation of Railways. Members of the Committee inserted many postcards into the postbox opposite Mysore City Corporation Main Office on Sayyaji Rao Road at 11.30 am, addressed to Prime Minister Narendra Modi.