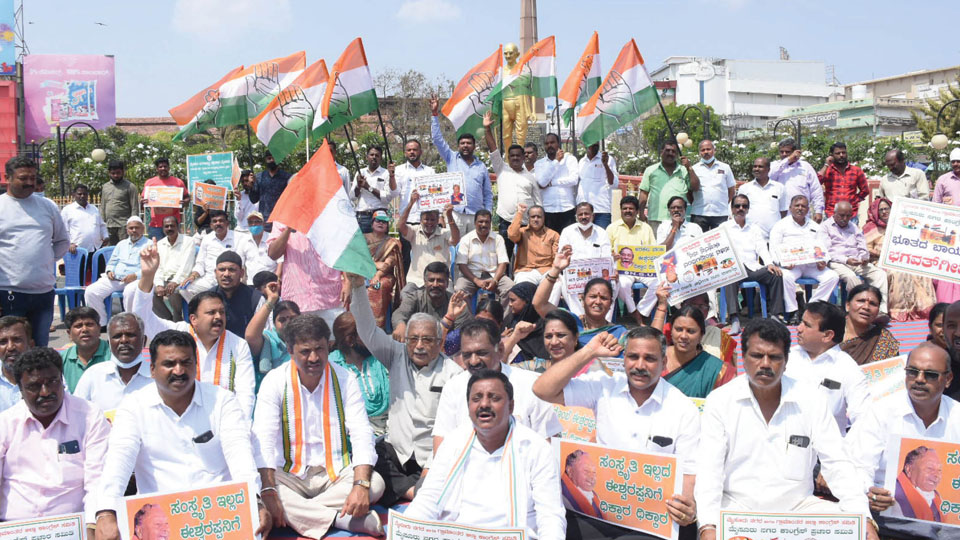 Mysore/Mysuru: Strongly condemning RDPR Minister K.S. Eshwarappa’s remarks that saffron flag would be hoisted atop the Red Fort in New Delhi, the City and District Congress staged a demonstration at Gandhi Square in the city this morning seeking immediate sacking of the Minister.

Terming Eshwarappa’s remarks as highly unconstitutional in nature, the protesters, who held placards and posters,  wanted the Government to book Eshwarappa under sedition charges and send him to jail. Maintaining that the Tricolour Flag is a symbol of our independence, integrity, supremacy, pride and the Constitution, they claimed that the entire country was shocked to hear Eshwarappa’s remark.